View all Coronal Holes holidays
looking for more inspiration
Next: Nuts about Kp - A guide on where to go on your next Aurora adventure?

As we enter the period of the Solar Cycle when the Sun’s activity increases, we can expect to see the number and strength of geomagnetic storms increasing. Most of these storms will come from Coronal Mass Ejections (CMEs), but sometimes displays of the aurora are generated by Coronal Holes.

Coronal Holes are regions of the Sun that are less dense and cooler than the plasma that surrounds them. Importantly, according to the Space Weather Prediction Center in Boulder, Colorado, they are regions of “open, unipolar magnetic fields” which allow High-Speed Streams of solar wind to escape into space.

When these increased solar winds are directed towards the Earth, the particles collide with the gases in our atmosphere creating energy which manifests itself as the Northern Lights.

Coronal Holes – the alternative source for the Aurora

As we enter the more active part of the Sun’s activity cycle, events such as Coronal Mass Ejections which cause geographically widespread Auroras are much more common. This means that Coronal Holes normally take more of a back seat when it comes to the Sun’s activity.

Coronal Holes don’t throw out solar wind with the same ferocity and density as Coronal Mass Ejections but they do have the same effect of creating Auroras. The only real difference is that the lights appear in a much narrower geographical band. This band sits roughly between 66°N and 69°N and encompasses the northern areas of Finland, Norway, Sweden, and Iceland. This is the reason that the Northern Lights appear far more frequently in these regions than anywhere else and is exactly why we base our holidays here.

Click here to find out more about Solar Minimum.

The presence of a Coronal Hole on the surface of the Sun means that we can take an educated guess at when the Aurora might become more active. If that Coronal Hole is Earth-facing, then we can take a very reasonable stab at predicting an increase in geomagnetic activity.

Depending on the velocity of the Coronal Hole High-Speed Stream (CH HSS), the solar wind generally takes two to four days to reach our atmosphere. The images below certainly suggest that there is a direct relationship between Coronal Holes and the Kp index of geomagnetic activity.

On 04 October 2018, the large coronal hole on the surface of the sun was Earth-facing and allowed High-Speed Streams of solar wind to escape into space. Three days later, that same increased solar wind buffeted our atmosphere causing a marked increase in geomagnetic activity.

The results were phenomenal as you can see from these images taken near Harriniva and Torassieppi by Antti Pietikainen on the night of 07/08 October 2018. 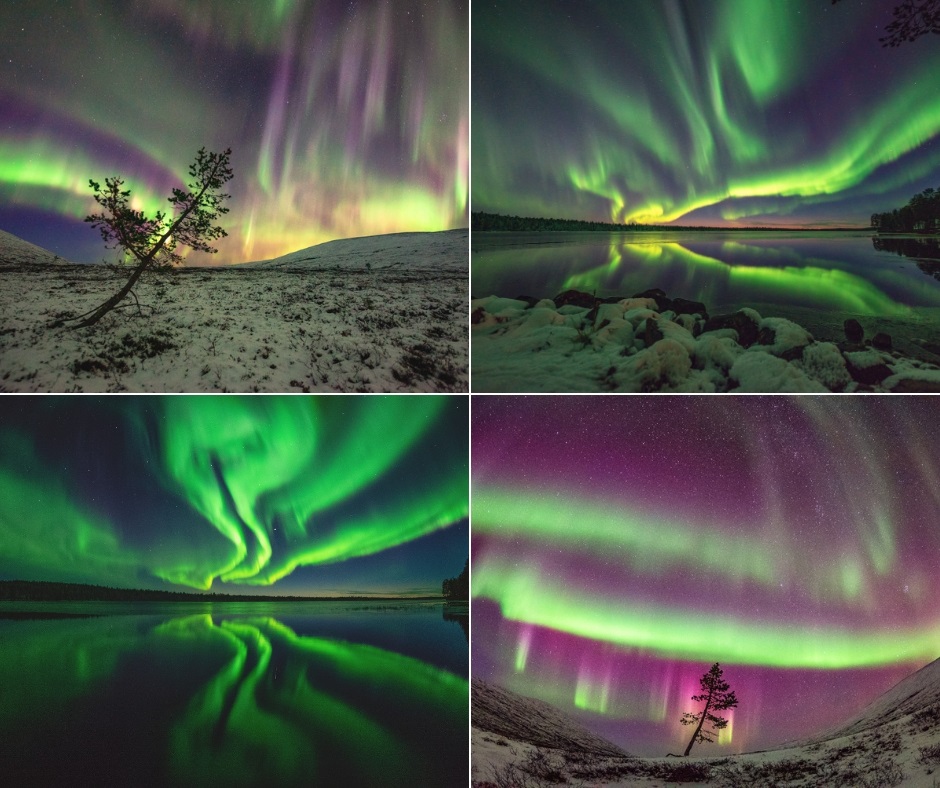 One of the great advantages of Coronal Holes - from an Aurora hunting perspective - is that they can remain on the surface of the Sun for several rotations. Coronal Mass Ejections are one-off events but a Coronal Hole can produce Auroral displays for two, three, four, five even six rotations before it eventually dissipates.

This means that we can also use Coronal Holes as a longer-term predictive tool. Admittedly, this is a far less accurate process because it takes 27 days for a Coronal Hole to come around again and, during that time, it can reduce considerably or disappear completely. Alternatively, it can get bigger and the solar winds emanating from it can get stronger.

Hence, if we see a large Earth-facing Coronal Hole we will be marking our calendars for its reappearance.

We can best illustrate this with the images below. The Coronal Hole in question first came to our attention on 12 August 18 and we were watching for the next rotation as it looked to have considerable potential. Sure enough, it reappeared in an Earth-facing position on 07 September 18 and resulted in a higher level of geomagnetic activity a few days later, demonstrated in the visual.

Coronal Holes can occur anywhere on the surface of the Sun but are more prevalent at the poles. These Polar Coronal Holes do not release High-Speed Streams and are of little consequence to Aurora hunters. However, they often migrate north or south, sometimes as far as the equatorial regions and this changes everything.

This is illustrated if we look at the genesis of the Coronal Hole we have followed throughout this article. We first see it as the dark region around the Sun’s North Pole in the image below from 14 July 18.

At this point, it is of very little interest from an Aurora hunting point of view as any escaping solar wind will probably lack the sort of velocity required to create Auroras. Nor are they likely to be directed towards our planet.

14 July 2018 - However, a few days later on 19 July 18 as the Sun rotates, we can see the Coronal Hole has started to migrate southwards. All of a sudden, this is of interest because it has the potential to position itself continentally and release faster streams by the time it next faces the Earth.

19 July 2018 - One full rotation later and bingo! We see the emergence of a fully-fledged trans-continental Coronal Hole which is releasing earthbound High Speed Streams of solar wind.

12 August 2018 - Unfortunately, the Midnight Sun in Northern Scandinavia rendered any Auroral displays invisible to our still-hibernating photographers. They had to wait for one more full solar rotation to make the most of this beauty. Nevertheless, Antti Pietikainen found the perfect vantage point on 10 September 2018!

Suffice to say that Continental and Equatorial Coronal Holes release High Speed Streams of solar wind. When that wind is directed towards Earth, we will often see the Northern Lights a few days later. 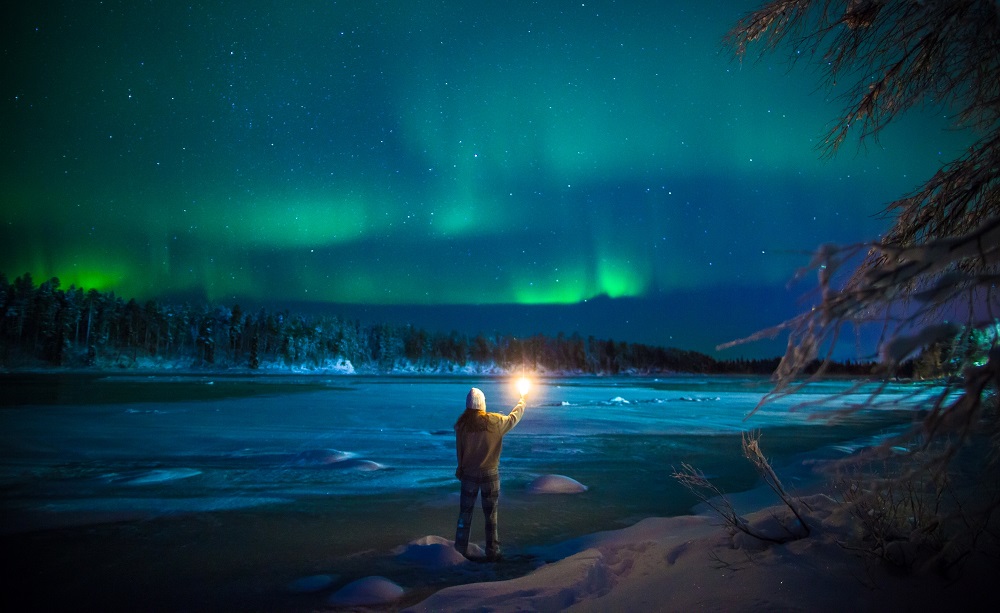 Want to learn more about the science behind the Northern Lights?