As the Sun’s activity slowly wanes towards ‘Solar Minimum’ – the phase in the solar cycle when sunspot energy reaches its lowest point - it’s understandable if Aurora hunters become concerned that the Northern Lights may appear less frequently or disappear altogether. However, contrary to some of the wilder reports, Solar Minimum does not mean that the Northern Lights are going to fade away forever.

To explain why these reports are incorrect we have to examine some of the science behind Auroral displays but, everything you need to know is perfectly encapsulated in one quote from Leila Mays, a space physicist at NASA’s Goddard Space Flight Centre.

“Geomagnetic storms caused by high-speed wind streams aren’t uncommon. Near Solar Minimum - when solar activity like coronal mass ejections (CMEs) is less frequent - these fast streams are actually the most common cause of geomagnetic storms that create Auroras.”

Here at The Aurora Zone, we have been doing a lot of research on this very subject and this has led us to the conclusion that the Northern Lights are not set to disappear but they are likely to become more localised. You can find out why in the science section below.

Let us explain the science behind the Northern Lights. At ‘Solar Maximum’, there are many sunspots on the Sun’s surface, where streams of magnetic current arc in and out of the star. When these get especially active, it can lead to bursts of plasma from the Sun in the form of ‘coronal mass ejections’, which cause streams of charged particles to rush towards Earth. These interact with the planet’s magnetic field and create beautiful Aurora displays.

Sunspots, located in the Sun’s photosphere layer, are not the only phenomena that are responsible for Northern Lights. The Sun’s outermost layer, known as the ‘corona’, also does its bit to bring about Auroras. Here, magnetic activity can lead to the formation of coronal holes which blast fast solar winds in the direction of Earth. These meet with slower solar winds to cause a build-up of particles that can create more Northern Lights in the Earth’s atmosphere. Unlike sunspots, which reduce in number during the Solar Minimum, coronal holes occur throughout the Sun’s activity cycle.

Around the time of the Solar Minimum, coronal holes are usually found near the Sun’s poles, though they have also been observed appearing further away from the poles, towards the centre of the Sun’s surface – just as they are known to do during the Solar Maximum. Being in this second position means that the centres of the holes are better focused on Earth, sending a better-directed stream of charged particles towards the planet for Aurora creation.

So, contrary to some of the more defeatist rumours, Aurora watchers won’t have to bid farewell to the Northern Lights as the Solar Minimum takes place, however, the importance of your location will become more and more vital for your Auroral viewing.

Click here to find out more about the science 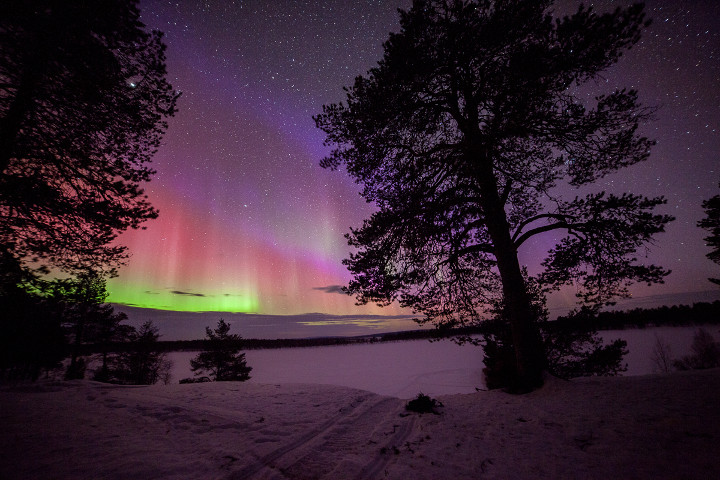 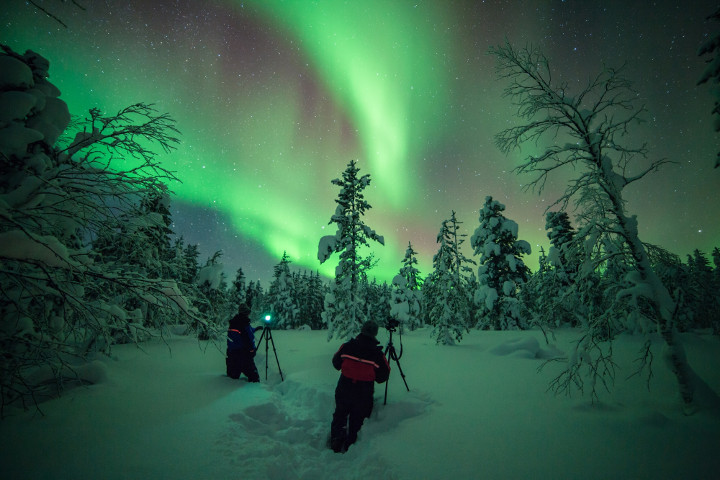 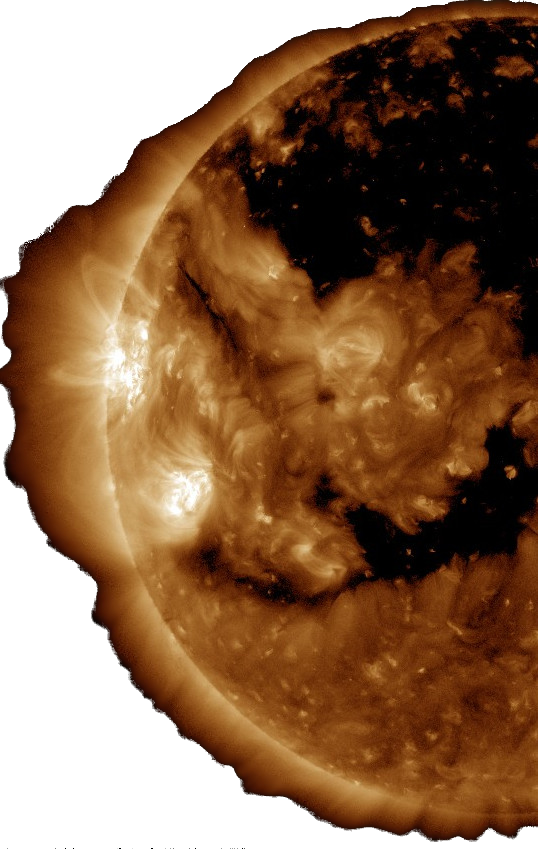 As we move into the slowly declining phase of Solar Cycle 24, the vast majority of Auroral displays in Northern Scandinavia will become increasingly localised between latitudes of approximately 66°N and 69°N. Essentially, we believe more than ever, that the best places to optimise your chances of seeing Mother Nature’s greatest spectacle lie between the Arctic Circle and the northernmost parts of Finland, Sweden and Norway.

Once you have got that far, you need to find a remote location with minimal light pollution. The best way to understand why is to compare a clear night sky viewed from a city with a clear night sky viewed from a rural area. In the darker rural area, you can often see millions of sparkling stars but, from a city, most of them are obscured and appear dull due to the light pollution. Exactly the same applies in the case of the Aurora Borealis.

So, where are the best places to see the Northern Lights?

Regardless of whether you plan to venture to Norway, Finland, Iceland, Greenland or Sweden to hunt for the Northern Lights, we recommend avoiding the much-hyped large cities and purpose-built ski resorts. Instead, we would suggest that you use them as gateways to access the dark skies of more rural destinations - your chances of unsullied sightings will be dramatically increased.

If you have your heart set on Finnish Lapland, we suggest you head to the remote picturesque settings of Nellim, Menesjärvi or Muotka, whilst in Norway, our favourite Aurora hunting locations include the island of Sommarøy and the mountainous region of the Lyngenfjord. In Sweden, we would recommend rural Abisko and the scenic Luleå Archipelago. If you fancy going above and beyond in your Aurora search, Greenland may seem like a distant and unknown land, but Kangerlussuaq, known as the gateway to the island, or Ilulissat - home to the UNESCO protected Greenland icecap both offer excellent Aurora viewing prospects. Finally, for those who wish to explore Iceland, we would propose heading to the South Coast - known for its stunning beauty and abundance of incredible natural wonders but to really enhance your Aurora hunting chances it may well be worth heading further north to Akureyri.

Ultimately, wherever you decide to travel with us, our expert team have picked only the best Aurora hunting destinations giving you the optimum chance of witnessing one of the world’s greatest wonders; and regardless, you are guaranteed unforgettable memories to last you a lifetime.

We’ve already said that remote locations under dark skies are the best places to discover the Northern Lights but, do you fancy heading into the chilly Arctic night on your own or in a packed coach with 50 other tourists along for the ride?

The best Aurora hunting trips are in small groups that are led by experienced professionals who live, work and breathe all things ‘Aurora’ in these destinations. Much has been said about local knowledge in the travel industry but can you think of a time when it is more important than on a sub-zero night somewhere in the Arctic? We can’t, and the importance of qualified and knowledgeable guides cannot be understated.

From an Aurora hunting point of view, it is the local experts who know the best camps where they can get a warm fire going and help you to settle in with the best views of the big show. Their familiarity with the terrain is complemented by their ability to advise on photography and answer all manner of questions about the Northern Lights. We wouldn’t go Aurora hunting without a very well-informed guide and neither should you.

View all of our holidays featuring expert Aurora guides and excursions

So, what are the experts saying?

You don’t just have to take our word for it - we have contacted various experts around the globe to find out what they think will happen during Solar Minimum:

“… fear not … at very high latitudes, the Aurora is still a common sight even during periods of more quiet space weather.”

“… There should still be more Auroral viewing opportunities ahead over the next few years at least.”

“My argument is that further north like locations such as Saariselkä, Nellim and Muotka you don't see the difference between Solar Minimum or Solar Maximum. There is more of a difference if you try to see them further south.” 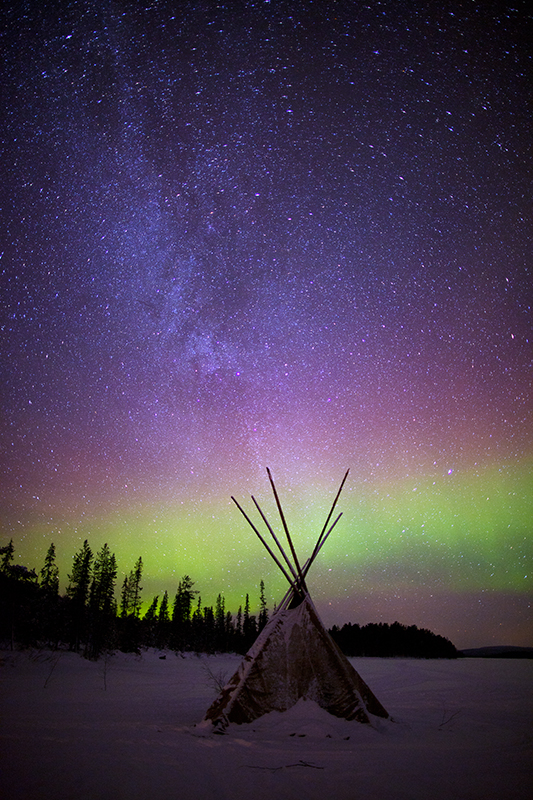 We can never say with absolute certainty that the Aurora Borealis will appear in the night sky but, even as we move through the declining stage of Solar Cycle 24, it is inaccurate to say that the Northern Lights are set to disappear.

Whilst we might not experience the widespread displays created by CMEs as frequently as we might at Solar Maximum, the solar wind from coronal holes will keep the action coming over the next few years. Admittedly, the majority of these displays will happen in a far more concentrated and localised area just above the Arctic Circle, but happen they will.

Of that, we have absolutely no doubt whatsoever. 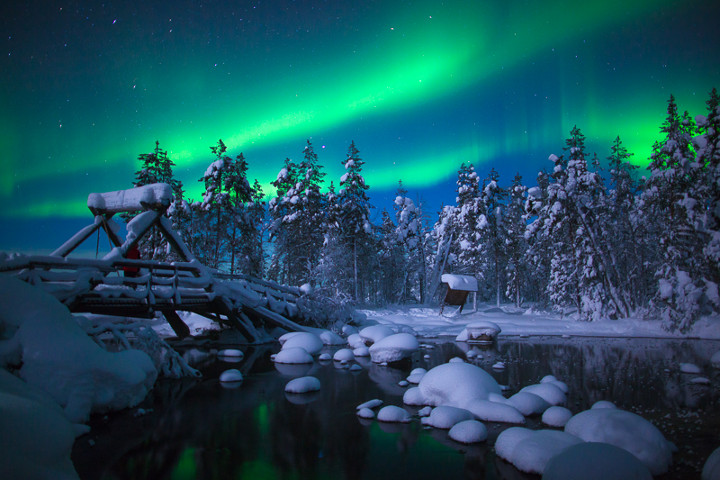