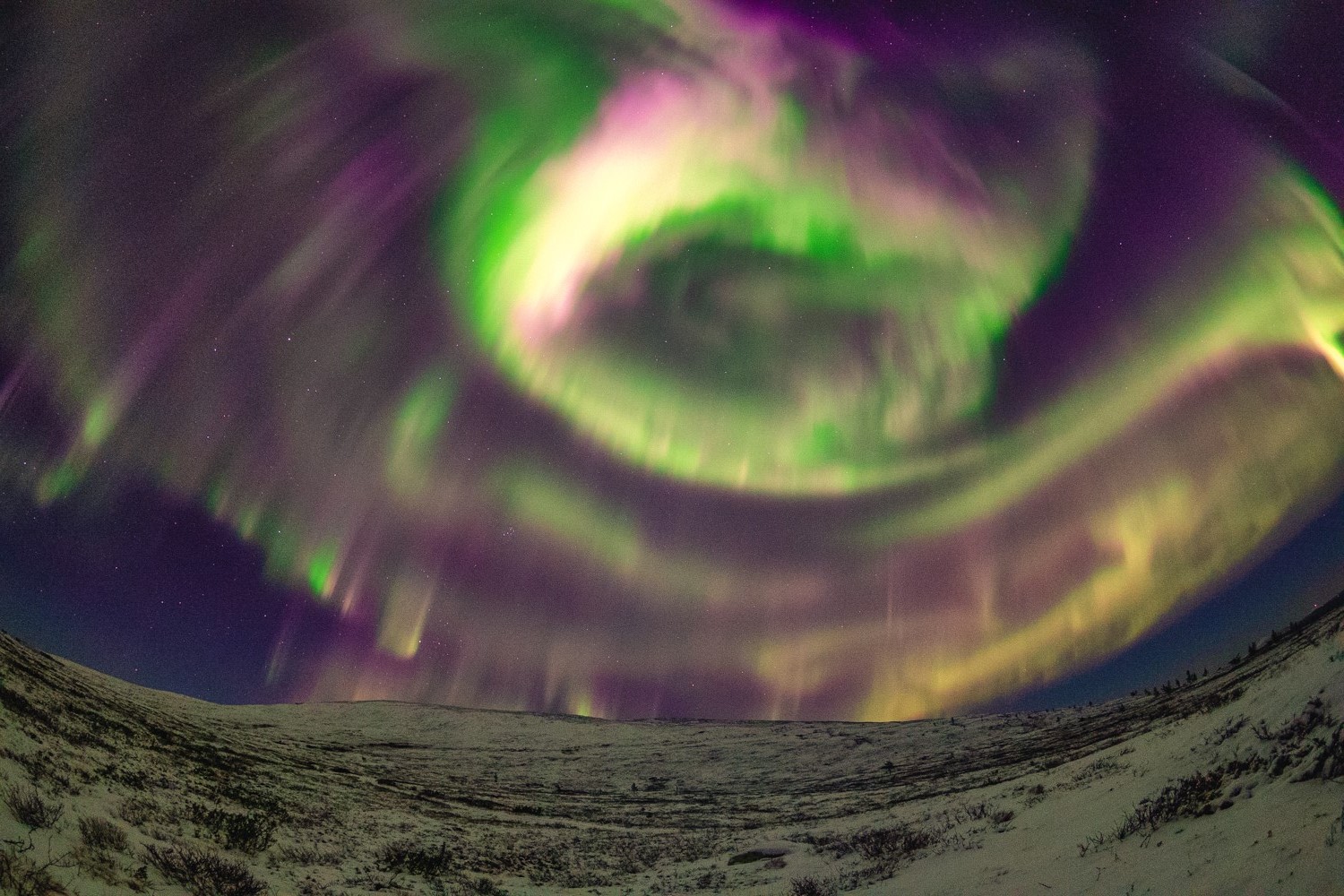 “Fires over which a tribe of dwarfs, half the length of a canoe paddle and so strong they caught whales with their hands, boiled blubber.”

“Rare, red Auroras”. It sounds like something Michael Palin’s Pontius Pilate might have struggled with in Monty Python’s Life of Brian. However, for our ancestors, red Auroras were nothing to laugh at, for they were almost universally perceived as portents of doom.

I was reminded of this very recently when reports of red Auroras reached me from Northern Scandinavia. Sticking with the Monty Python theme, it is fair to say that such displays are very much the Holy Grail of Northern Lights. I have been fortunate to see the lights on numerous occasions and there is nothing as spectacular as a blood-red Aurora eclipsing the pitch-black Arctic sky.

In my experience, red Auroras tend to be the most violent in terms of movement. To my dying day, I will treasure the memory of one occasion in Northern Finland when javelins of red light seemed to hurtle towards our enthralled group. Those shafts of light were so vivid and almost tangible as they speared earthwards, so much so that we found ourselves taking involuntary steps sideways to avoid their piercing descent. 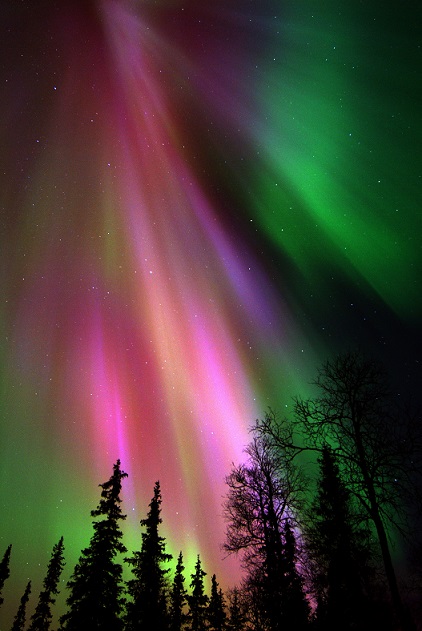 Modern science tells us that the presence of red in an Auroral display is usually associated with a particularly powerful Solar event. The resulting electronically charged solar particles collide with high-altitude (over 150 miles) oxygen in our atmosphere creating energy which appears as red light. 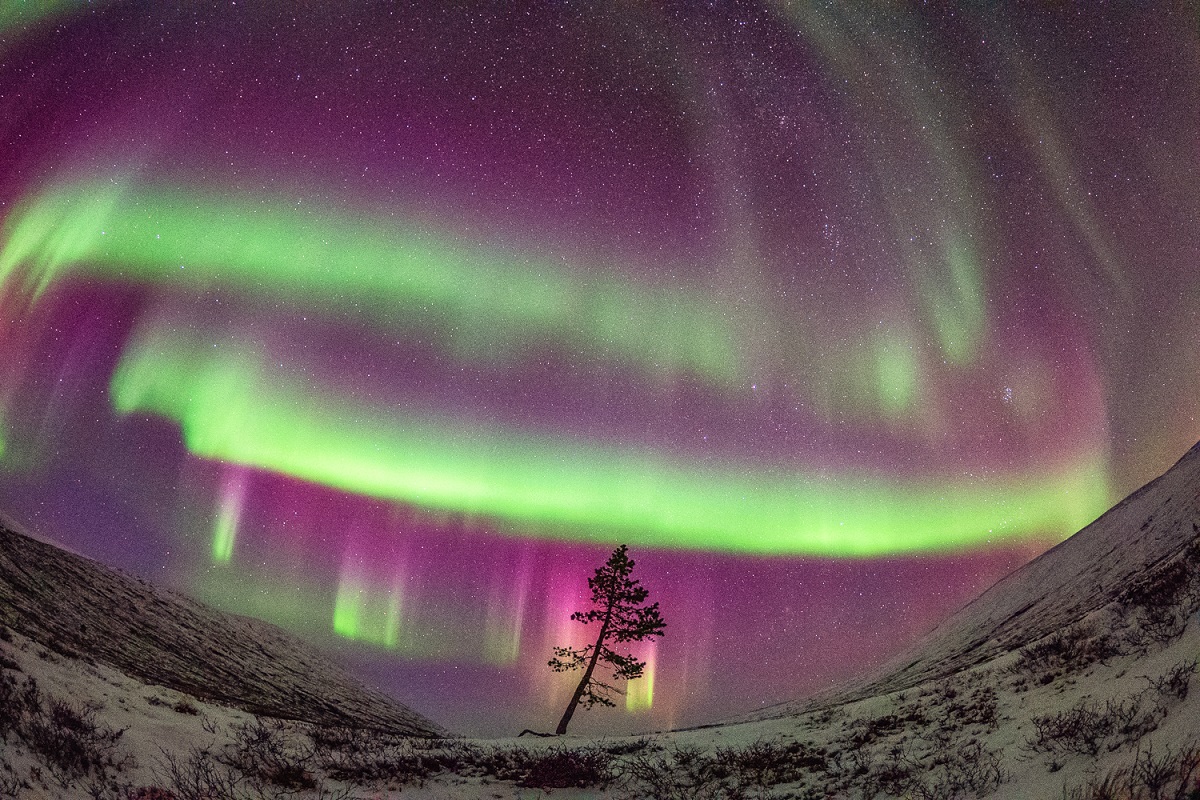 That is all very well but imagine that you are not informed by the science. The thing about red Auroras is that because of the ferocity of the Solar event that induces them, they are generally visible at much lower latitudes than would normally be the case.

Imagine then, that you had lived hundreds of years ago and in a more southerly location where the Aurora appears highly infrequently, if ever. Imagine that your night sky is suddenly filled with unfamiliar, shifting blood-red light. Let’s face it, it would have been difficult to interpret such an occurrence as anything particularly positive.

In France and Italy, red Auroras were viewed as the precursor to war or plague. Indeed, the sky is said to have burned red not long before the French Revolution and the death of Julius Caesar. In North America, red skies at night appeared not long before the American Civil War while the Chinese viewed these intense celestial light shows as a battle between dragons of good and evil persuasions.

Some of my favourite tales come from North America where imagination and superstition ran riot when the sky blazed red. Both the Mandon People of North Dakota and the Makah Indians of Washington State held that the Aurora was fire in the far northern sky. 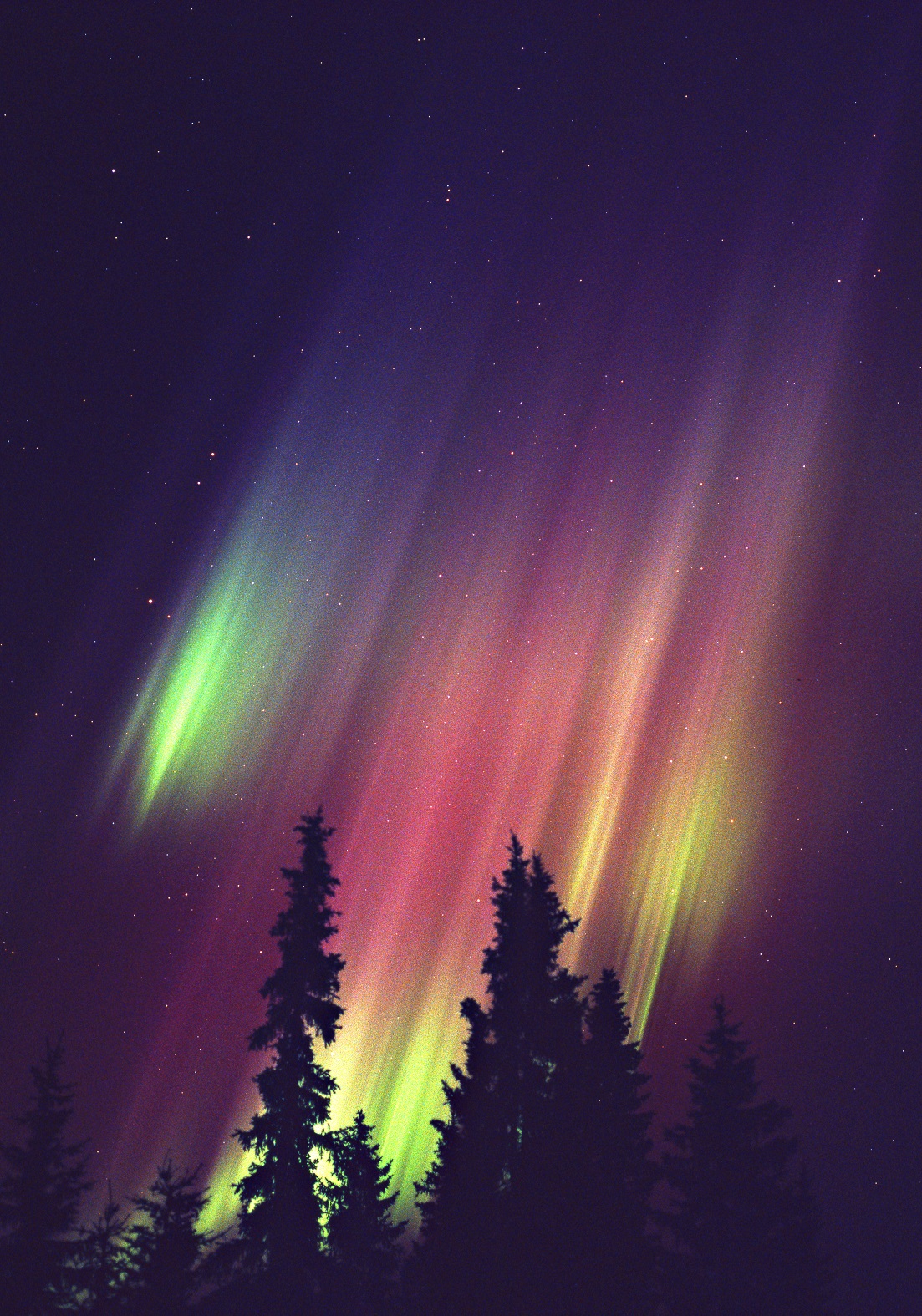 For sheer creativity and ingenuity though, it was the Makah who won the day. Their belief was that red Auroras were “fires over which a tribe of dwarfs, half the length of a canoe paddle and so strong they caught whales with their hands, boiled blubber”*.

How great is that? If you are ever lucky enough to witness a deep red Auroral display I would urge you to let your mind drift to the Makah as they stood gazing skywards in the chill night air. Forget the science and try to put yourself in their moccasins as they beheld a night sky filled with blubber-boiling dwarfs.

I think that is the kind of inventive thinking that we could all do with from time to time. When you are standing on a frozen lake at midnight some 250kms north of the Arctic Circle it is rather satisfying to briefly forget about the science.

Instead, why not embrace the mysticism and watch that blubber boil folks, even if it is just for a short while?

« The hunt is on - The new Northern Lights season has begun! Is there anywhere safer from Covid-19 than Finnish Lapland? »