Where is the Best Place to see the Northern Lights?

Where is the Best Place to see the Northern Lights? – The simple answer is there is no best place!

It’s the question we are asked more than any other “where is the best place to see the Northern Lights?”

Many destinations promote themselves as being the very best place on the planet for viewing the Aurora whilst others (perhaps wisely) choose to remain closely guarded secrets. We thought we would delve a little further and see if we could come up with a definitive answer by asking three of Northern Scandinavia’s top Aurora Hunters.

Over the years, these guys have spent thousands upon thousands of hours under dark Arctic skies tracking down the Northern Lights to the delight of their delighted clients.

Here is what they, the genuine professionals, have to say on the single biggest issue surrounding the Aurora Borealis:

“Where is the best place to see the Northern Lights?”

Markku spends much of his time chasing down the Northern Lights between Nellim and Muotka in Finnish Lapland. Such is his devotion to the area, he is currently building his new home just 25 miles away from Paatsjoki Bridge. And, in Lapland, 25 miles is considered to be little more than a hop, a skip and a jump. 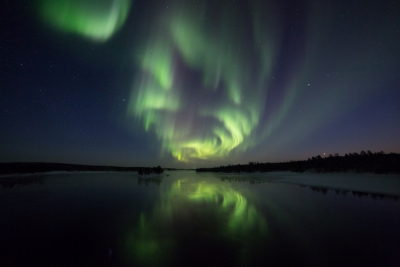 For the kind of view below, we’d be prepared to travel a lot further than 25 miles!! 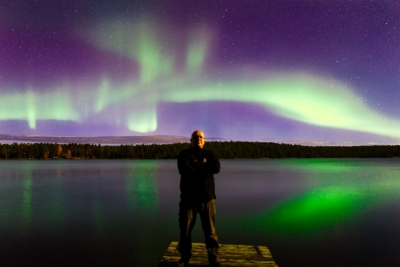 You need to be far enough north, south of Sodankylä, Kittilä, Luosto you don't see northern lights regularly. If you get this far north then the chances are that the Northern lights will appear approximately every second night.

Locally it is just a matter of taste where you would like to go but always considering the light pollution of course! 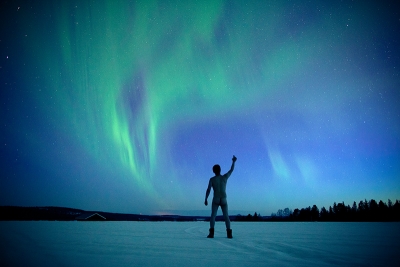 I really like Muonio (Finnish Lapland) and its surroundings.

Here you get many different landscapes and vegetation zones: Old national park forest, lakes and rivers, treeless mountain tops which are also easy to reach with a car. 100km north you have tundra and the climate changes. If it's cloudy in Muonio it's likely that higher north there are clear skies".

The guy is simply a Northern Lights genius and takes his profession very seriously indeed. As you can see from the picture above, one of Antti’s traditions at the end of every Aurora season is to stand naked under the lights and toast the lights before the midnight sun obscures them during the summer months.

“The best place to see the northern lights is in Abisko National Park!

Due to its location in a rain shadow, Abisko National Park experiences more cloud-free nights and clear skies than virtually any other location in the aurora oval. Based on research by the IRF you have an 80% chance of seeing the lights if you are in Abisko for three or more nights. As far as we know we have the best success rate of any destination on Earth!” 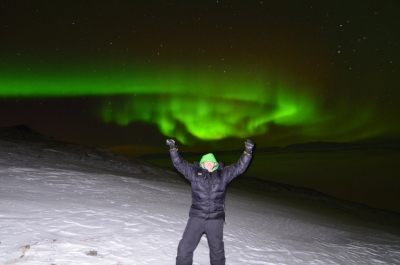 Chad is American but his determination to capture the very best of the Aurora Borealis has brought him across the Atlantic and he now lives surrounded by Swedish mountains in Abisko. He is undoubtedly a man who is worth listening to when discussing the best places to see the Aurora.

Northern Lights Holidays based in Abisko: 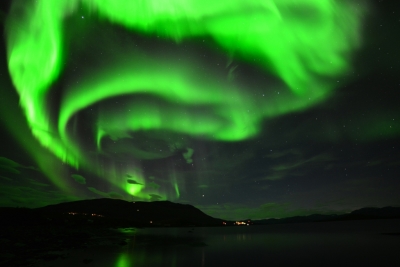