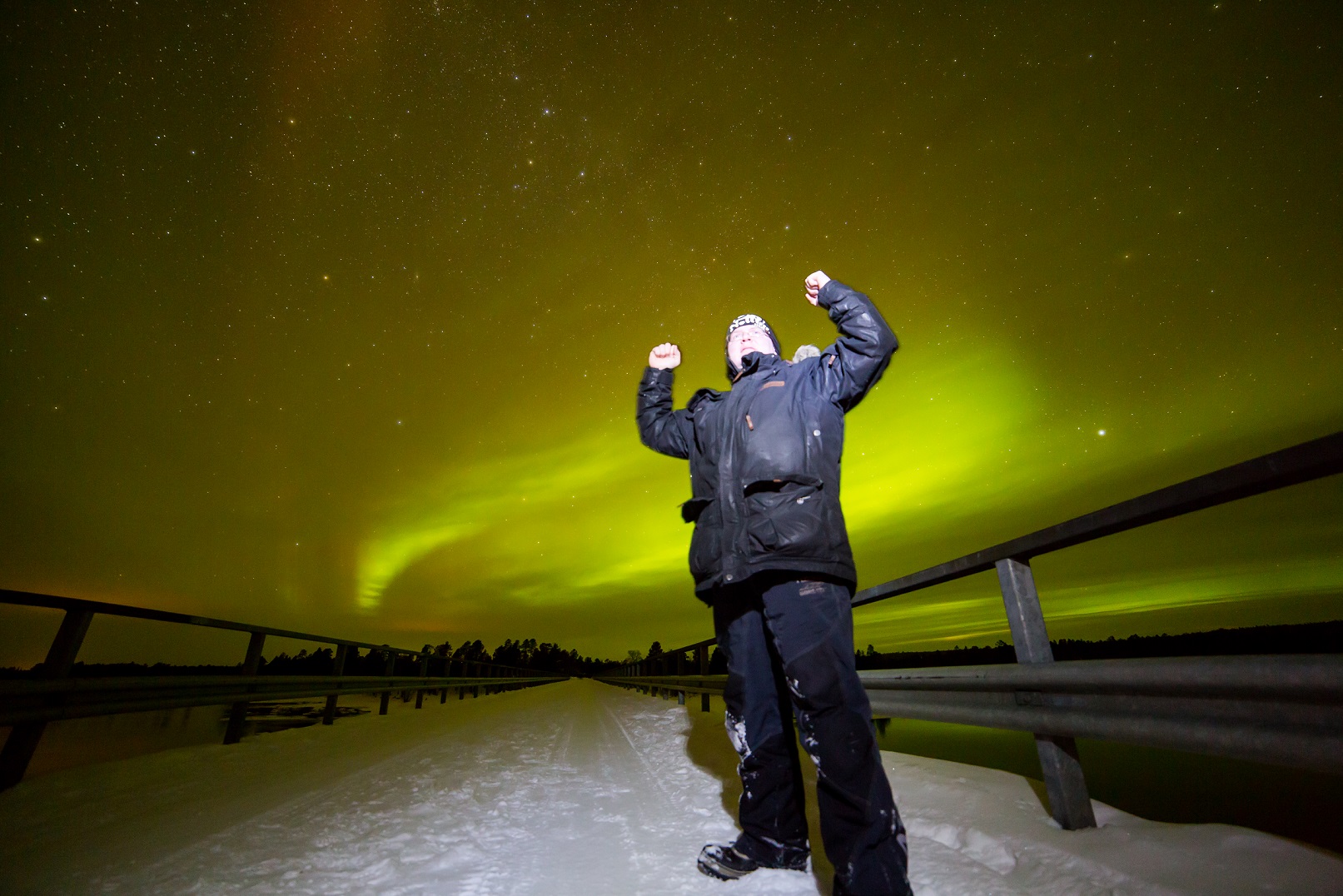 Our expert Aurora guide and CEO of the new Northern Lights Village in Saariselkä, Markku Inkilä is a self-proclaimed Aurora nut. He lives and breathes the Northern Lights and is rarely happier than when he is capturing them on camera. His photos have been published in the Sunday Times, the Telegraph, and on hundreds of websites around the world.

So Markku, how many times do you think you've seen the Northern Lights? 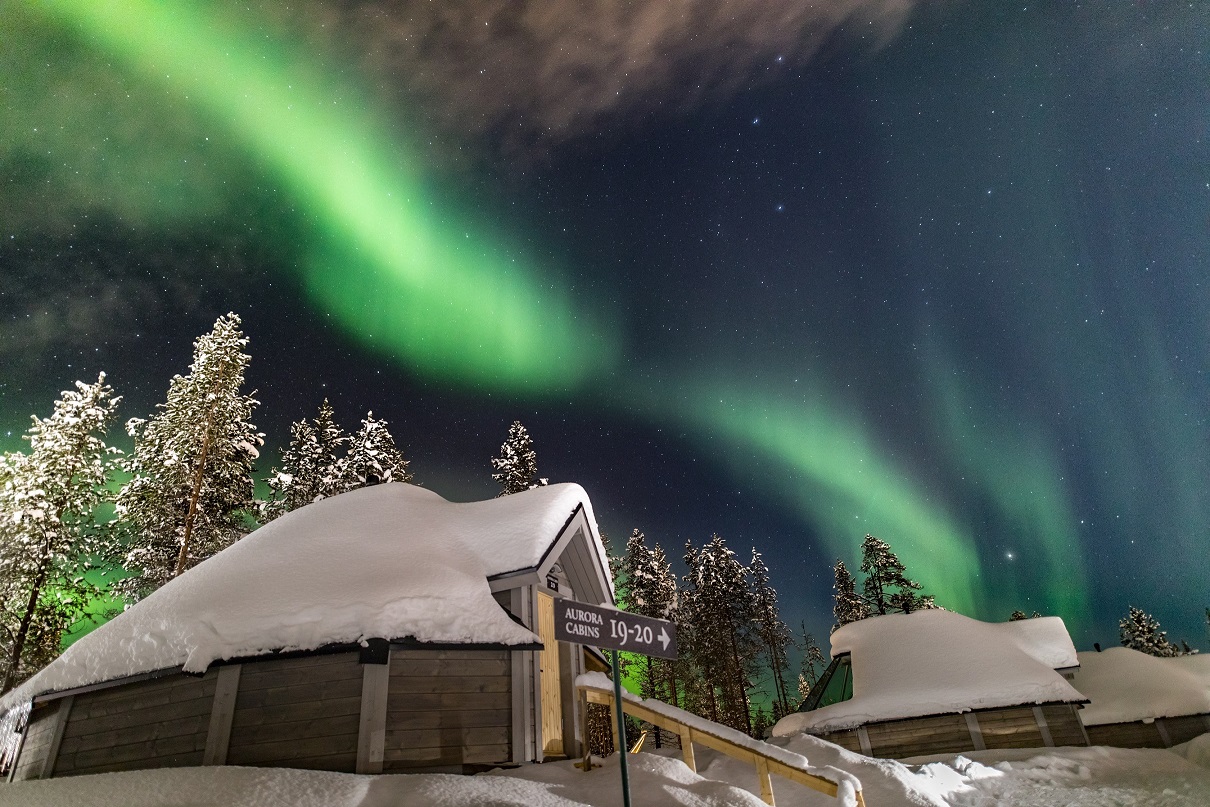 'I am now 37 years old and was born here under the Northern Lights. We are lucky enough to see the Northern Lights here in Saariselkä nearly every night when there is solar activity and clear skies from late August through to late April. I've simply lost count of how many times I have witnessed the Northern Lights, but it says something that I have tens of thousands of photos of them; I actually just came in and there were bright Northern Lights in the sky!'

Do you remember the first time you witnessed an Aurora storm? 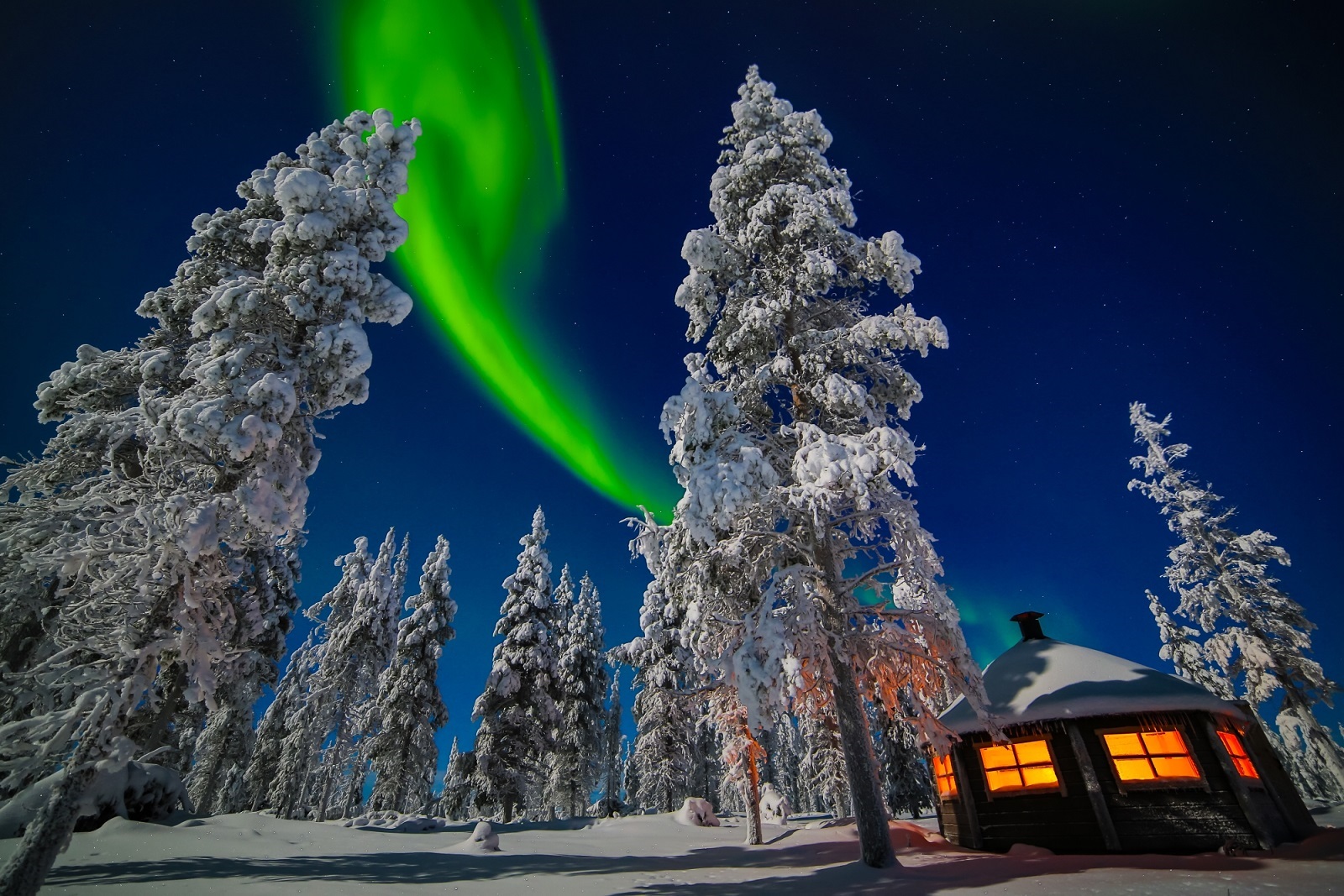 I went to a school disco and when I was walking back home at 11pm it started. You don’t usually pay so much attention to Northern Lights when you see them nearly every night, but this time it got so strong that it was almost like daylight beaming down on me. The storm created a huge corona so I lay down on the snow and just kept watching the sky. It really felt like it was trying to reach out and catch me!'

Was there one sighting of the Northern Lights which stands out in your memory? 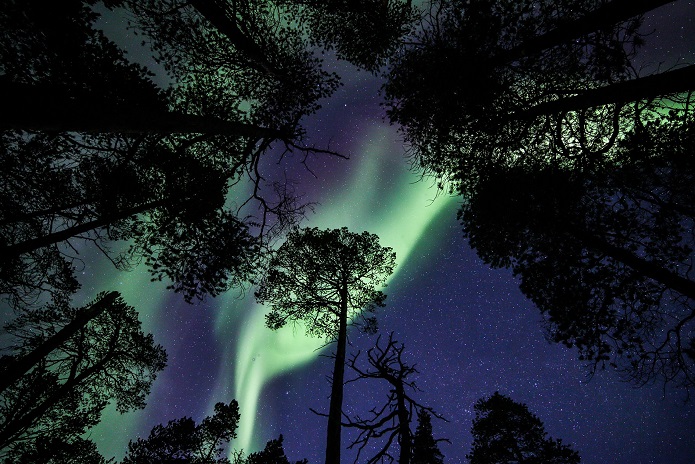 'My first ever Northern Lights photograph at Paatsjoki River near Nellim. It was -30 Celsius, and the sky was filled with dancing lights, the moon, and millions of sparkling stars. This image stays in my head and keeps me going out nearly every clear night.'

What tips do you have for those hoping to catch a glimpse of the Northern Lights? 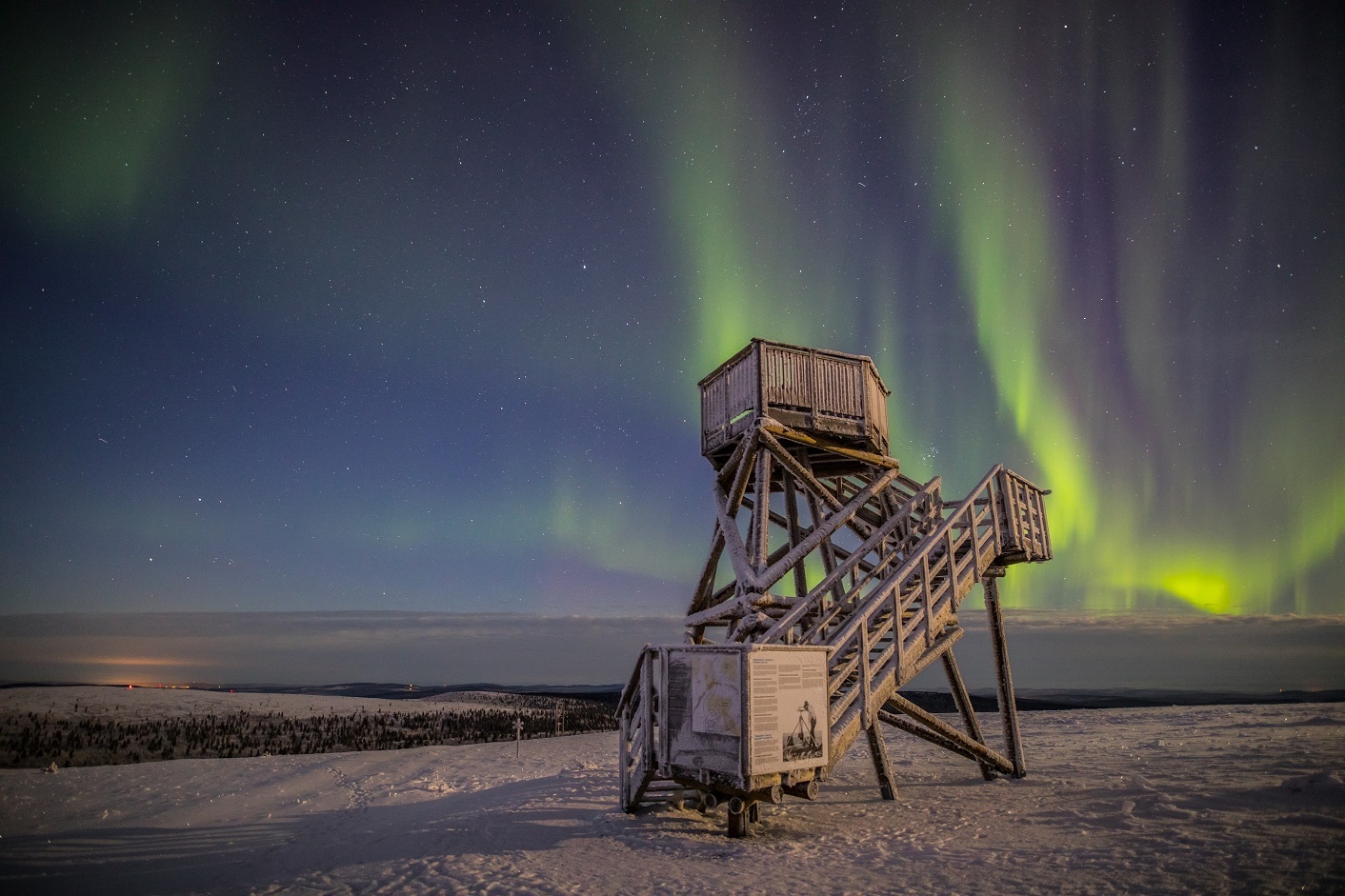 'I have a few tips which should help you on your way to a successful Aurora hunt:

- Listen to the locals and your dedicated Aurora guides - they know the best places to hunt for them.

- Make sure you follow the weather and solar forecasts. The Arctic weather changes very quickly - from full-on snowing to a clear sky can happen just in one hour.

- Prepare to stay awake between 10 pm and 3am and make sure you locate yourself in an area with minimum light pollution. At Saariselkä, we have handpicked Aurora Camps where there is no light pollution at all and they are very remote away from everything.'

Tell us about your most unexpected Northern Lights hunt! 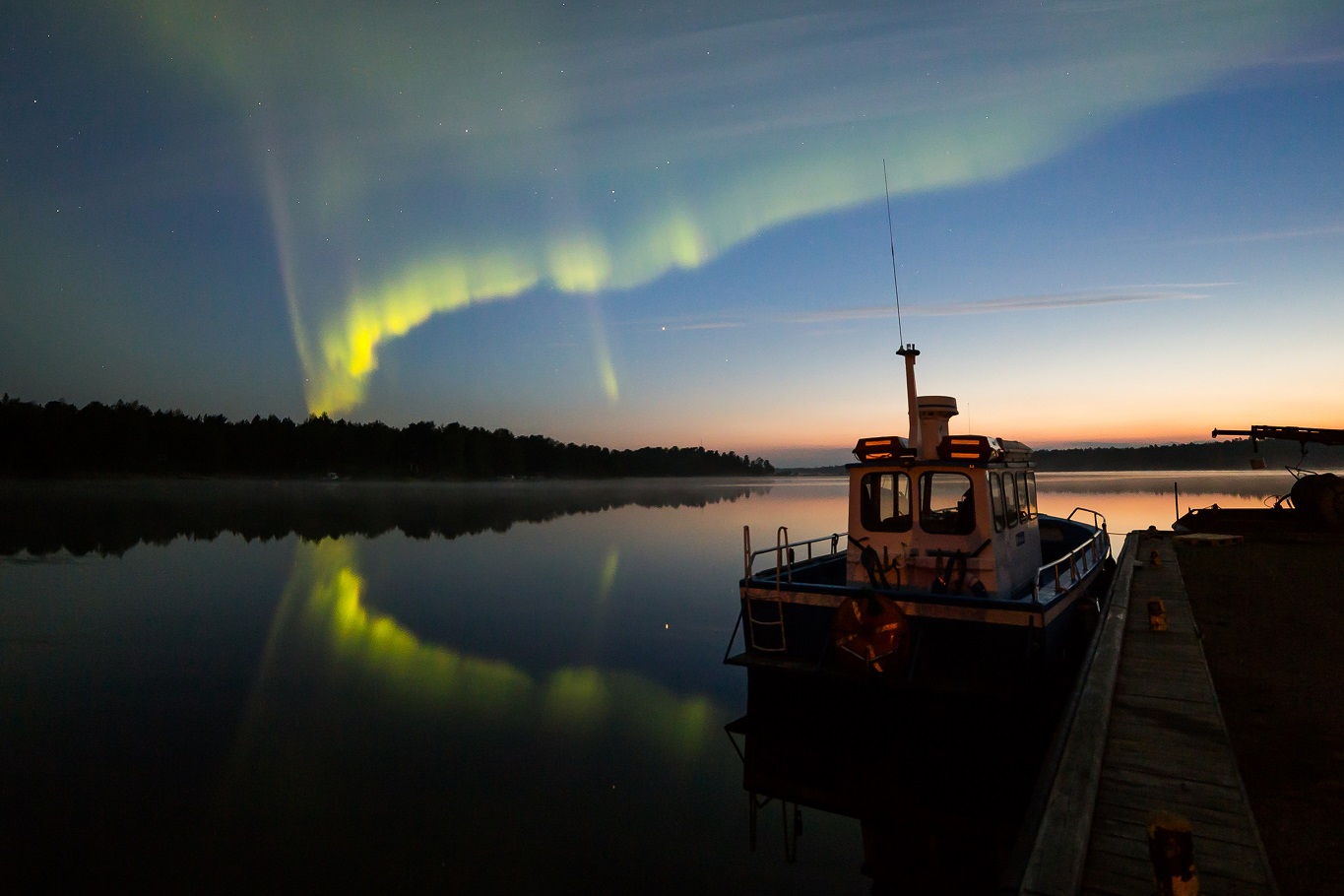 'A few years ago I went to a wilderness area far north near the Norwegian border with my father-in-law and a couple of close friends. We spent a few nights there in the wilderness fishing and cooking by the open fire.

On the last night, at around 11.30 pm, we were again by the fire. Suddenly we heard a really loud, continuous sound and then the night became clearer than day. Something massive flew over us and we didn’t know what it was at that point! The moment lasted about 25 seconds and then it was completely dark and silent again. The next day we heard by text message that there had been a big meteoroid flying over North Finland which had landed in remote Russia. There was also a note that if you did see this meteorite then please send the coordinates to the Finnish main observatory. We sent over our coordinates and they actually found the place where it had landed with the coordinates sent by the eyewitnesses.

That night was incredibly special to me. No Northern Lights, but something that I will remember for the rest of my life.'

Want to join Markku in your quest to hunt the Northern Lights? Find out more here.