Imagine standing on a frozen lake just north of the Arctic Circle. The only noise comes from a gentle wind playing with the pine trees in the forest behind you. In front lies a vast and flat expanse of snow-covered ice stretching away into the distance until it encounters the dark, haphazard barrier that is more forest on the opposite shoreline. Above that forest is darkness, an ink black sky, dotted with more stars than you had ever believed possible. Suddenly, somewhere in the northern sky, a green smudge of light begins to materialise and slowly manifests itself into dancing stair rods of shimmering green light which skip across the darkness of space.

Of course, you know that you are watching the Northern Lights, a spectacular light show created by the interaction of electronically charged particles in our atmosphere but what must our ancient ancestors have thought as they stood and beheld the skies ablaze with light?

Not surprisingly, the Aurora Borealis figures prominently in the mythology and legends of most indigenous people living in countries situated within the Auroral Oval and often further afield. We’ve picked out a few of our favourites but it’s only once you have been held in the Aurora’s thrall that you can truly appreciate how these stories originated and how our forefathers might have believed them to be spirits or gods or celestial warriors. 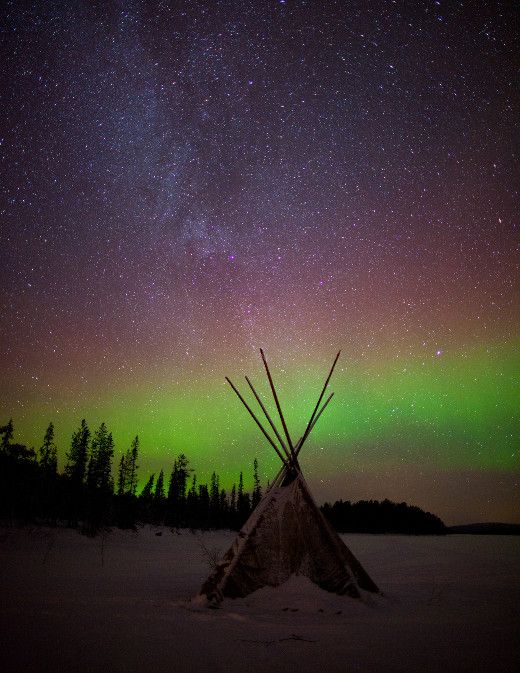 Ancient Greece and the Romans

Aurora Borealis is derived from the Greek words “Aurora” meaning “sunrise” and “Boreas” meaning “wind”. For the ancient Greeks to have seen the lights there must have been some incredibly strong solar activity because sightings so far south are almost unheard of. The Greeks held that Aurora was the sister of Helios and Seline, the sun and moon respectively, and that she raced across the early morning sky in her multi-coloured chariot to alert her siblings to the dawning of a new day.

The Romans also associated the Northern Lights with a new day believing them to be Aurora, the goddess of dawn.

It’s rare for the Northern Lights to appear over Southern Europe and such appearances require intense solar activity which usually results in red Auroras appearing in the night sky. Not surprisingly, on the rare, rare occasions that they do appear, they cause quite a stir and, until fairly recently, were enough to terrify a populace unaware of the Aurora’s origin.

The poor residents of France and Italy for example believed the lights to be a bad omen heralding the outbreak of anything from war to plague and death. In Scotland and England, the skies are said to have blazed red just a few weeks prior to the French Revolution and were later considered to have been a sign of the coming strife in their Gallic neighbour state.

Red sky at night – a portent of doom 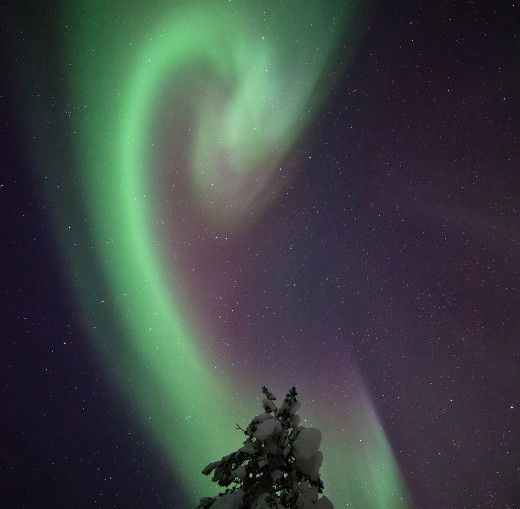 Auroral sightings in China are also rare and would have been caused by a significant solar event so unsurprisingly, the ancient Chinese were in awe of the lights that sporadically illuminated their night sky.

It is said that many of the early Chinese legends associated with dragons were a result of the Northern Lights. The belief is that the lights were viewed as a celestial battle between good and evil dragons who breathed fire across the firmament.

In Japanese culture, the belief is that a child conceived underneath the Northern Lights will be blessed with good looks, intellect and good fortune. Indeed, there is a fascination with the Aurora in South East Asia and it is no coincidence that visitor numbers from the likes of Japan, Singapore and Malaysia have increased significantly in recent times.

Aboriginal Australians were more used to seeing the Aurora Australis (The Southern Lights) and watched in awe as their gods danced overhead.

Centuries ago, human settlements were far less concentrated and we lived in far smaller and remoter communities with barely any communication with other tribes. As a result, many, many North American tribes or people evolved their own myths surrounding the Aurora Borealis. Here are just a few of the many and varied beliefs held by our ancestors in North America.

The Cree Indians held that the Aurora was part of life’s circle and were the spirits of the dead who remained in the sky but apart from their loved ones. The Cree believed that the lights were spirits of these departed friends and relatives trying to communicate with those they had left behind on earth.

The Algonquin’s take on the Aurora was that it was created by light from a fire built by Nanahbozho, their creator. They understood the fire to be Nanahbozho’s way of telling his people that he remembered them and was watching over them.

Further north, many Inuit tribes considered the Aurora to be the spirits of dead humans playing a ball game using a walrus skull as the ball. For reasons we will doubtless never fathom, the good people of remote Nunavik Island told the same story but the other way round so for them, the Northern Lights were walrus spirits playing ball with the skull of some unfortunate human.

In Washington State, the particularly imaginative Makah Indians thought the lights were fires in the north created by a tribe of dwarves who used it to boil whale blubber. Fire and cookery were also at the forefront of the Mandan people’s thinking in North Dakota. Their explanation was that the lights were again fires over which great warriors boiled their enemies in huge cooking pots.

Just to illustrate how different the legends and myths became, disparate North Americans accepted the lights as anything from ravens to spirit guides holding torches aloft to direct the departed to the next world. The lights were deemed to be the spirits of those who had died violently, spirits rejoicing because the sun was absent, spirits of dead animals such as deer and salmon and spirits of revenging enemies killed in combat. 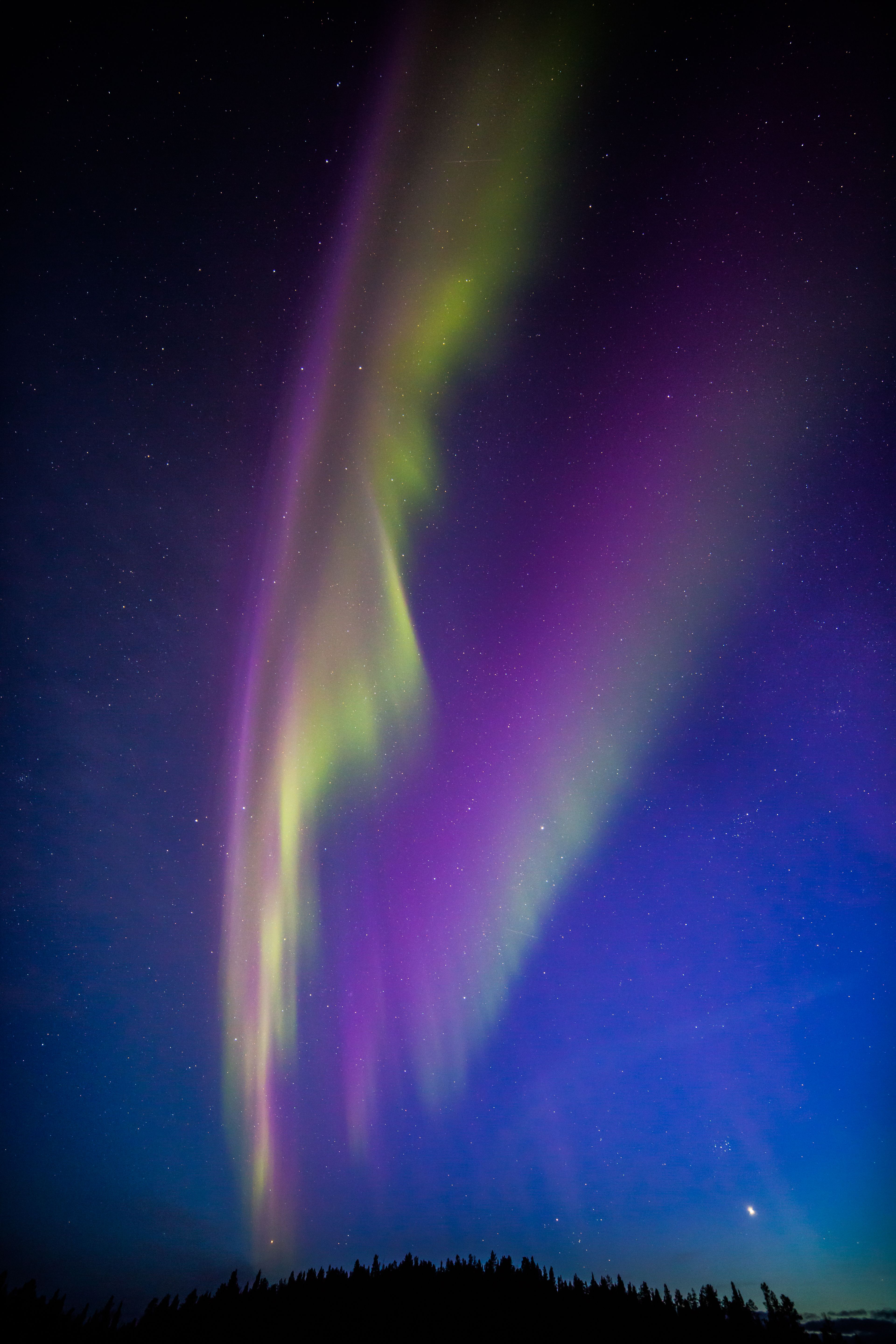 Water ejected by a whale? 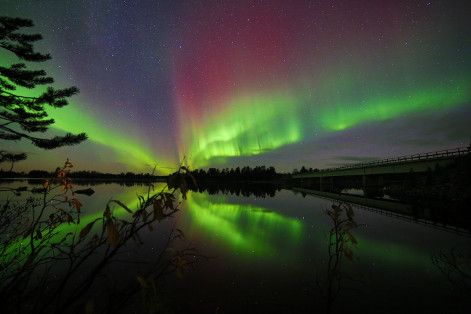 Lighting the way to the afterworld

Our Icelandic ancestors associated the lights with childbirth and held that they would relieve the pain of delivery as long as the expectant mum didn’t look at the Aurora whilst giving birth (we imagine she had other things on her mind at the time!) because the child would be born cross-eyed!

In Greenland the lights were also linked to giving birth but rather sadly they were judged to be the souls of still born babies or even babies killed at birth.

One of our absolute favourite myths comes from Finland where it was held that the lights were caused by the firefox who ran so quickly across the snow that his tail caused sparks to fly into the night sky creating the Aurora. Indeed, the Finnish word for the Northern Lights “revontulet” translates literally as “fire fox”. Another belief held by the Sámi people of Finnish Lapland amongst others, was that the lights were created from the spume of water ejected from whales.

It’s perhaps worth mentioning here that one of the Sámi words for the Northern Lights is “guovssahasah” and it’s best not trying to pronounce it after a few drinks!

In Sweden, the Aurora was often seen as a portent of good news. Many of our Swedish forefathers believed the lights to be a gift from benevolent gods providing warmth and light in the form of a volcano in the north. Elsewhere in the country they were believed to be the light reflection from large shoals of herring and bode well for the local fishermen and the Swedish farming community saw the lights as heralding a good harvest in the coming year.

The Northern Lights feature prominently in Norse mythology. One legend suggests that the lights were reflections or glow from the shields and armour of the Valkyrie, female warriors who would choose who may die in battle and who may live to fight another day. Dying in battle seemed to occupy Norse mythology quite a bit and the Aurora was also believed to be “Bifrost Bridge”, a glowing and pulsating arch which led those fallen in battle to the warriors final resting place in Valhalla.

We rather like the view taken by our Estonian ancestors regarding the Northern Lights so we kept it until last. The Estonians believed the lights to be magnificent horse drawn carriages carrying heavenly guests to a spectacular celestial wedding.

Now that’s the kind of party we would like to be invited to!

Iceland - The Land of Ice, Fire and Aurora Borealis