Two Auroras for the Price of One 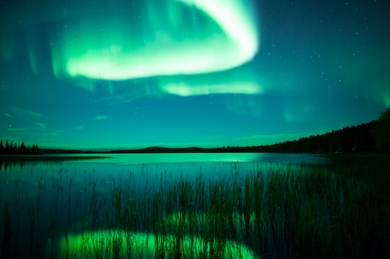 Their excitement is probably due to the fact that, in Lapland, there are only two or three months of the year when the Aurora Borealis and open water can occur. As the winter progresses and temperatures drop below zero, the water freezes and, whilst the lights still blaze overhead, they are no longer reflected in the calm waters of Northern Scandinavia’s many, many lakes. 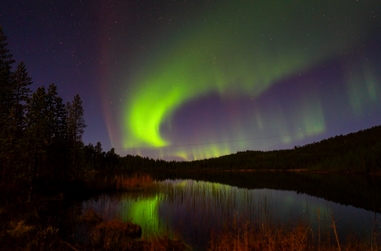 Look at those fabulous deep colours reflected in the lake near Muokta in Finnish Lapland! We also love how the telegraph wire seems to split the Aurora. (Image: Markku Inkila)

The dark, inky water of an autumn lake creates the perfect reflective canvas allowing strong displays of the Northern Lights to dazzle not once but twice.

We asked four of our favourite Northern Lights guides to send us some of their recent autumn images and, as you can see from the images, the results can be pretty spectacular. 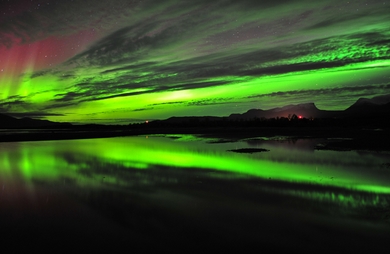 Chad was in exactly the right spot near Abisko in Swedish Lapland to capture the aurora dancing in the sky and on the lake. (Image: Chad Blakley)

So, if you want two Auroras for the price of one, we recommend travelling in September, October and early-November because it’s unlikely to happen once the water starts to freeze over! 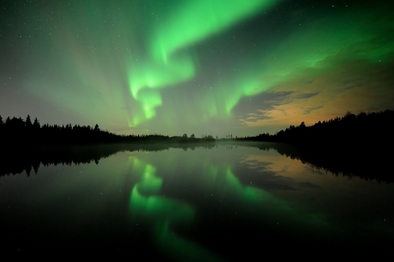