The Science Of The Solar Cycle

Written by Kirsty Wood
Tuesday, 31 March 2020 Be the first to comment!

The Solar Cycle is the 11-year cycle in which the solar activity of the Sun falls and rises in intensity. While the Sun appears from a distant 93,000,000 miles as a constant ball of fire, the variation in activity on its surface is measured by the number of Sunspots, or regions of reduced surface temperature.

Written by Kirsty Wood
Monday, 23 March 2020 Be the first to comment!

The remote Finnish landscape, one of the last remaining wilderness regions in Europe, is an enchanting sight to behold. Luckily with a stay in a Glass Igloo, you never have to take your eyes off this spectacular scenery as the half-glass roof provides a wonderful vantage point, right above your bed. What’s more, as Finland witnesses the Northern Lights on roughly 200 evenings of the year, what better way to search the skies long into the night than from your cosy Glass Igloo?

As one of the most sought-after accommodation options, many of our holidays offer a stay in a Glass Igloo in Finland. You could opt to start your Northern Lights holiday in style with your first night in these impressive structures or you could top off an end to a brilliant trip by spending your last night searching for the Aurora from the comfort of your cabin. We even have options should you wish to spend the duration of your trip in a Glass Igloo.

Though we highly recommend taking part in as many dedicated Northern Lights activities as you can, a Glass Igloo gives you the wonderful opportunity to continue your search for the magical display as late as you would like! Scroll to learn more about these memorable accommodation options.

Direct SAS Flights To Luleå With The Aurora Zone Announced

Written by Kirsty Wood
Monday, 02 March 2020 Be the first to comment! 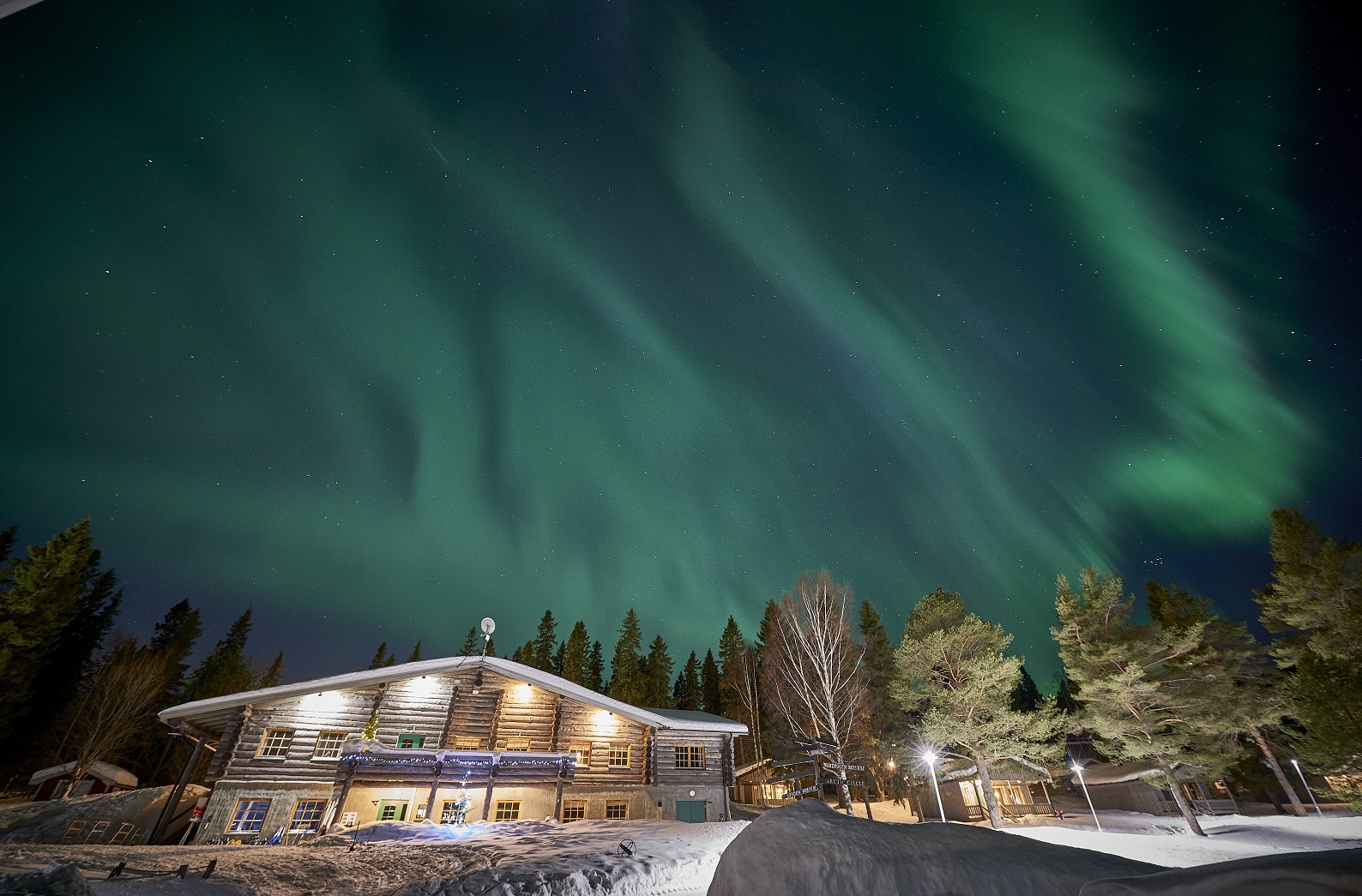 SAS have announced new direct flights to Luleå, Sweden from the UK, which means that our winter trips to Luleå are now even easier to reach.

The Aurora Zone have been operating Northern Lights trips and winter holidays to Luleå for many years, but with new direct flights which will be available from December 2020, visitors can now fly directly to Luleå from London Stanstead. Working in conjunction with SAS and Visit Sweden, the new route makes this pristine corner of Swedish Lapland much more accessible, and is considered greener, too!

Direct Flights to the Northern Lights in Luleå, Sweden

Written by Kirsty Wood
Monday, 02 March 2020 Be the first to comment!

As the original Northern Lights Holiday specialists, we have been researching and visiting prime Aurora destinations for many, many years. Based on our experience, we know that in order to witness Mother Nature’s greatest display, it’s best to get off-the-beaten-track and into darker skies.

Travelling to these remote regions has not always been easy. However, alongside our local partners who are passionate about showing you their home, we are continuously working to offer better routes to these stunning wilderness areas. What’s more, with responsible travel at the forefront of our minds, it is our priority to find greener alternatives wherever possible.

That’s why we’re proud to have worked alongside both SAS and Visit Sweden to champion a new CO2-reducing direct flight from London Stansted to Luleå in Swedish Lapland - a renowned Northern Lights destination and a simply stunning corner of the world.

That means that this winter season, it will actually be possible to reduce your carbon footprint on your Northern Lights hunting holiday.

Scroll to learn more about this wonderful new route.

Written by Kirsty Wood
Thursday, 30 January 2020 Be the first to comment!

Next autumn, you have to go north

In many destinations, autumn can often pass by in a blur, somewhere between a desperate cling to summer and dreading the incoming dark and cold nights of winter. In the Arctic, however, it is a season worth celebrating. Autumn here is a landscape bathed in colour, the natural world transforming before your eyes and quite frankly, one of the best places in the world to really experience the spectacular season of change.

Autumn in the Arctic is nature like you’ve never seen it before. It is more than the trees shaking off their summer coats - it is a landscape full of life, gracefully preparing for the oncoming winter. The summer bloom turns into deep and vibrant autumnal shades and just above the breathtaking landscape, you’ll find the Auroras making their sensational return to the skies.

So, take a deep breath of some of the cleanest air in the world, listen to only the sounds of nature and come with us to explore the colourful ground of Arctic Europe in autumn...

#AuroraZoneMoments: ' This holiday did not just tick off a bucket list point but spray painted the bucket itself!'

Written by Kirsty Wood
Monday, 13 January 2020 Be the first to comment! 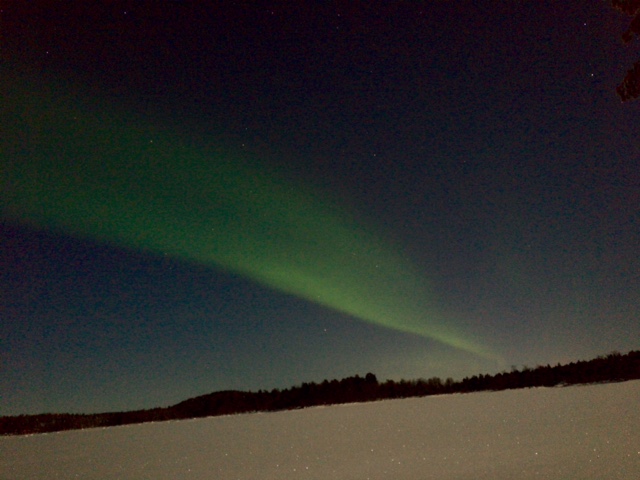 Our client feedback is exceptionally important to us and nothing makes us happier than hearing about our guest's bucket list moments on their Northern Lights holiday. That's why we were thrilled to hear from Mark and Jacquetta who recently returned from Wilderness Hotel Inari on our Aurora Hunting Adventure trip and by the sounds of it, experienced a holiday of a lifetime...

Written by Kirsty Wood
Monday, 30 December 2019 Be the first to comment! 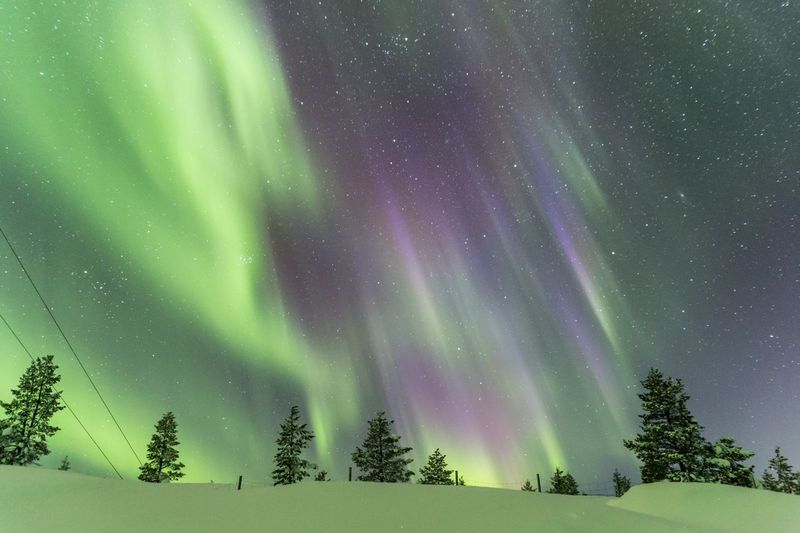 Here at The Aurora Zone we think a new decade deserves to be welcomed in with style. That’s why throughout 2019 we worked hard to carefully craft brand new Northern Lights holidays and add new elements to some of our favourite trips. These exciting additions are here to help you tick not just the Aurora from your bucket list, but also some unbelievable Arctic experiences.

Four short Lapland breaks to get you in the festive mood

Written by Kirsty Wood
Tuesday, 19 November 2019 Be the first to comment! 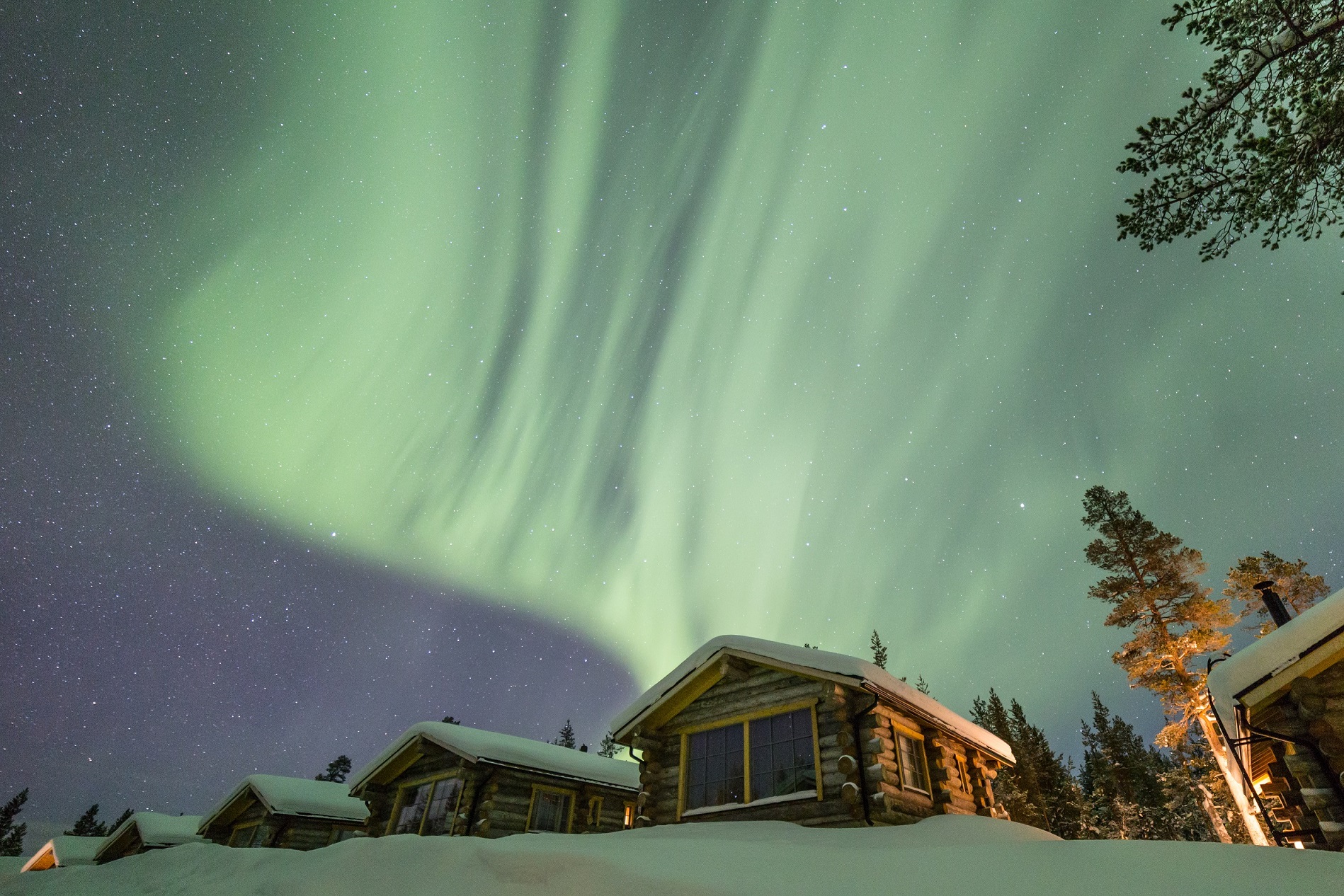 With the darker nights and crisper temperatures rolling in, we can feel that Christmas is on its way. You may have begun present shopping already or even started hanging the decorations up, but here at The Aurora Zone, we think the best way to get in the festive mood is to travel to a snowy wonderland where Arctic activities and Northern Lights experiences await.

Written by Kirsty Wood
Tuesday, 22 October 2019 Be the first to comment!

When the excitement of Christmas has come to an end and you are waiting for the buzz of New Year’s Eve, there is often little to do during those strange in-between days.

Rather than pick on leftover food or rush around the busy shops, make the most of your time between Christmas and New Year (or ‘Betwixmas’ as we like to call it) and travel to the Aurora Zone for an unforgettable Northern Lights holiday.

All of our holidays take place within the Aurora Zone, to give you the best chance of ticking the Northern Lights off your bucket list. However, through our extensive travels to these fantastic locations, we know that they offer so much more. That's why we craft itineraries that feature a range of unforgettable Arctic activities to ensure your Betwixmas holiday is unforgettable.

What's more, we offer different paces to suit all tastes. From a relaxing winter wilderness retreat to a tailor-made approach where you're completely in charge of creating your dream holiday!

Scroll to learn more about our Betwixmas breaks.

Written by Kirsty Wood
Tuesday, 15 October 2019 Be the first to comment! 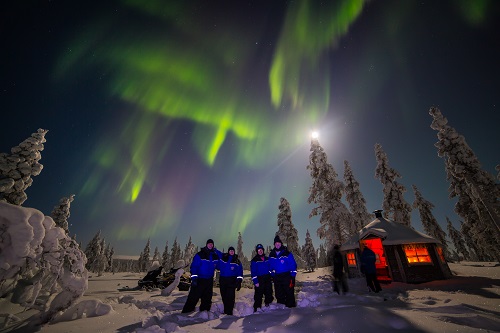 If you’re travelling with us this Northern Lights season, we want to make sure you know all about our #AuroraZoneMoments competition so you don’t miss out on the chance to win a £50 John Lewis voucher!