An Interview with Photographer Owen Humphreys

An Interview with Photographer Owen Humphreys

I’ve been hunting and chasing the northern lights for nearly 10 years; I was hooked from when I captured the Aurora - better known as the Northern lights – for the first time close to my home in Whitley Bay over a local lighthouse. I was amazed by the images I captured as I thought at the time you only saw them in Scotland or in the Arctic like in Norway or Finland.

My main job is as a photographer for the Press Association. I have always had a passion for photography and capturing the northern lights and astrophotography is one of my favourite things to come out of this passion.

From then I wanted to show people what was possible to capture with a camera so I set out to capture as many good displays as I could across Northumberland and Cumbria in the UK. I didn’t want to capture just green in the sky, I wanted something more in the image like a lighthouse or a castle, a well-known and recognisable structure, something to make it relatable.

It has taken many years and many hours of perseverance and mostly not seeing the northern lights, people only see the successful captures not the hours standing in the freezing cold, but that’s also a little bit fun, especially when you go out with other friends and enthusiasts.

One of the most exciting aspects of seeing and capturing the Northern lights is the unknown, you never know quite what kind of display you are going to see, sometimes not so strong and sometimes it dances across the whole night sky.

I have been running a few photography workshops in Iceland, I have fallen in love with Iceland as the displays are a lot stronger due to its location just outside the Arctic Circle. It has so many locations and points of interest you can add to your pictures along with an amazing landscape. 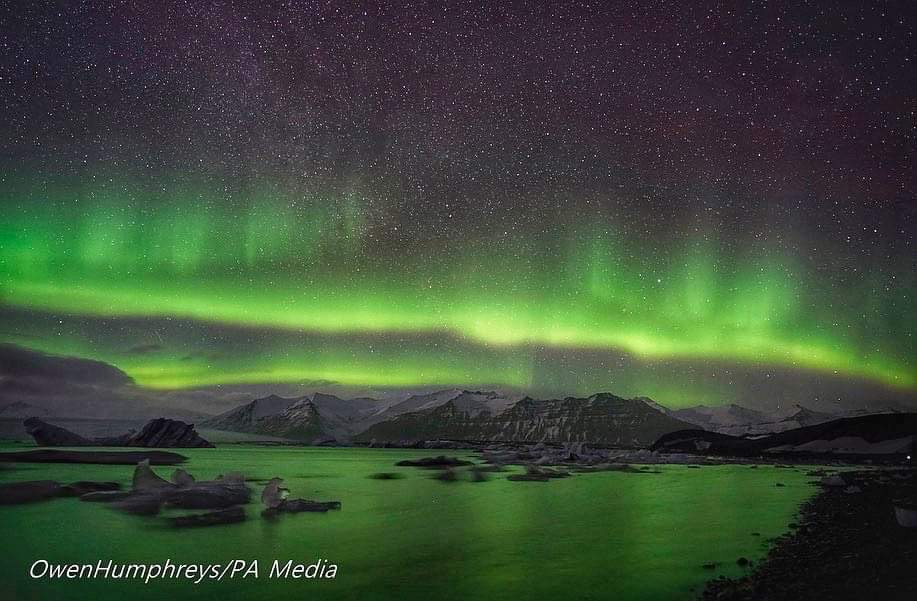 My tips for seeing the northern lights are to keep an eye on any of the aurora apps and websites available as they will help with any possible chances.

Having a clear night sky is probably the most important tip, if it’s cloudy or you’re in the middle of a large city, the chances of seeing it are very slim.

Putting yourself in the best possible position is very important. A clear and unimpeded view north is essential and finding a location away from light pollution will always help. Ideally, you will be underneath the auroral oval in the Arctic Circle, if you’re there, you always have a fantastic chance of seeing the lights.

You will never see it sitting on your sofa so get out there and enjoy the night sky, and even if the sky does not explode with the Northern lights, just look up into the night sky and enjoy the stars and Milky Way, and meteors that can be visible.

« Confirmation that the Sun has more than one solar cycle. A Review From Onboard The MS Quest »