I’m Matt Robinson and I am very lucky to have lived under the Northern Lights for many years. I’m an astronomer and astro-photographer who has spent many years within the Arctic Circle working for the Aurora Zone.

But what is it like?
How does it feel to walk outside your door and the Northern Lights are displaying right above you?
Let me tell you…

Seeing the Northern Lights glowing above your head is at the top of most people’s Bucket Lists, many have travelled across the globe to remote regions within the Arctic Circle to tick off this unforgettable experience. Sometimes, bad weather could restrict your views if the activity level is low. I’m very fortunate, I have worked in regions where you will see the Aurora Borealis every clear night, pretty much.

In the depths of winter, I’ve taken the rubbish out at 4pm and it’s exploded into life above me, there is something strange about doing simple tasks whilst nature unleashes the Northern Lights above your head.

The first rule of seeing the Northern Lights is to put your position where you’re most likely to see them, the Arctic Circle. 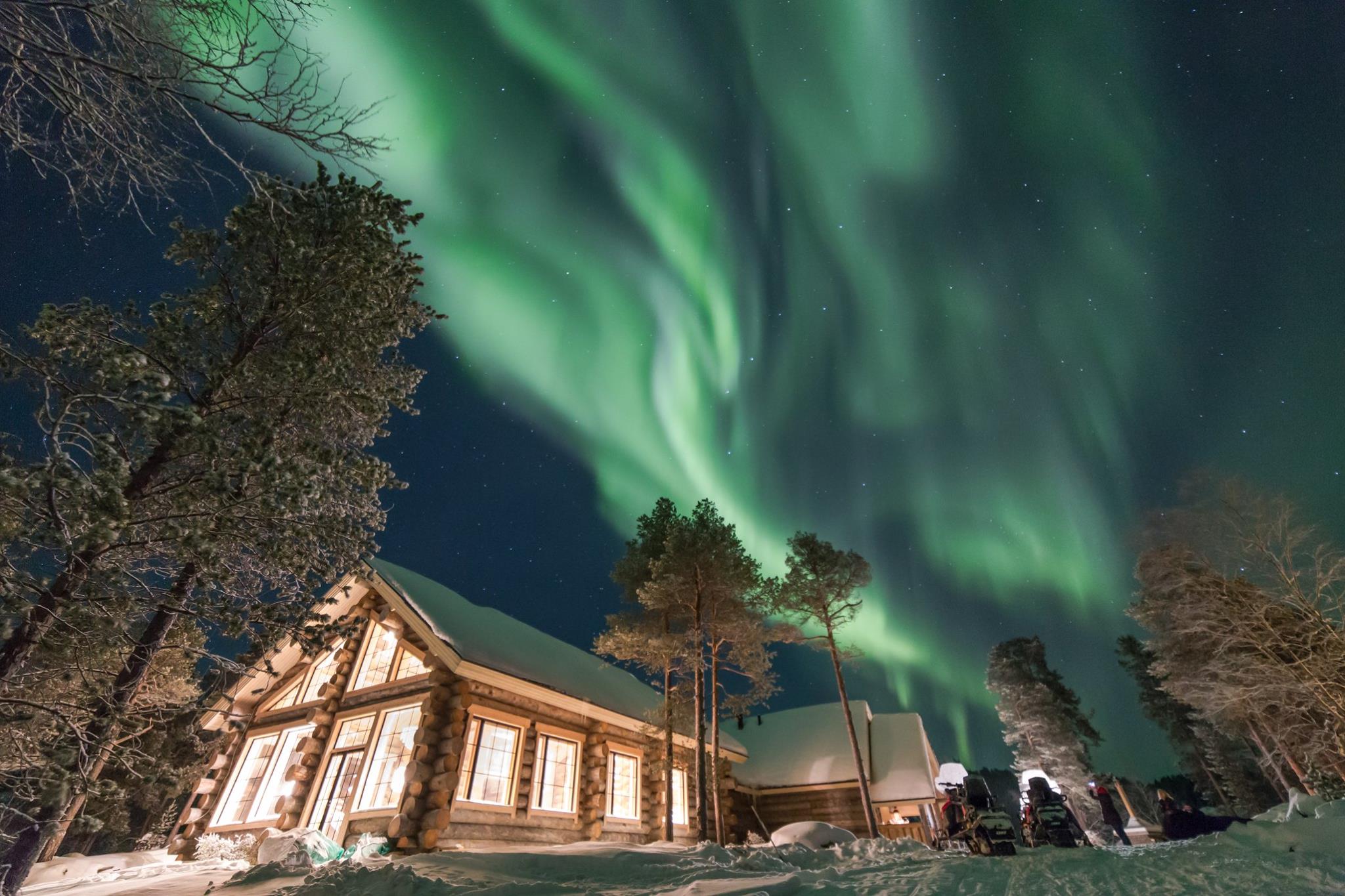 The first time you see the Northern Lights

I remember the first time I saw the Northern Lights; it was the 27th of February 2014, from a small town on the North-East coast of England called Whitley Bay.

I was volunteering as a science communicator at an astronomical observatory and that night I got a phone call from a friend telling me there’s a great chance of seeing the Northern Lights from the UK! I didn’t pin my hopes on it, even though I had never seen the lights I already knew that she was a fickle mistress. I packed the most important things in my car, camera, tripod, warm clothes, and my nephew, Elliss, and off we went. It only took an hour to get to St. Mary’s Lighthouse, the location gives you a clear view of the northern horizon, which is imperative for seeing the lights, especially at this latitude. We got out of the car, looked north and she was! 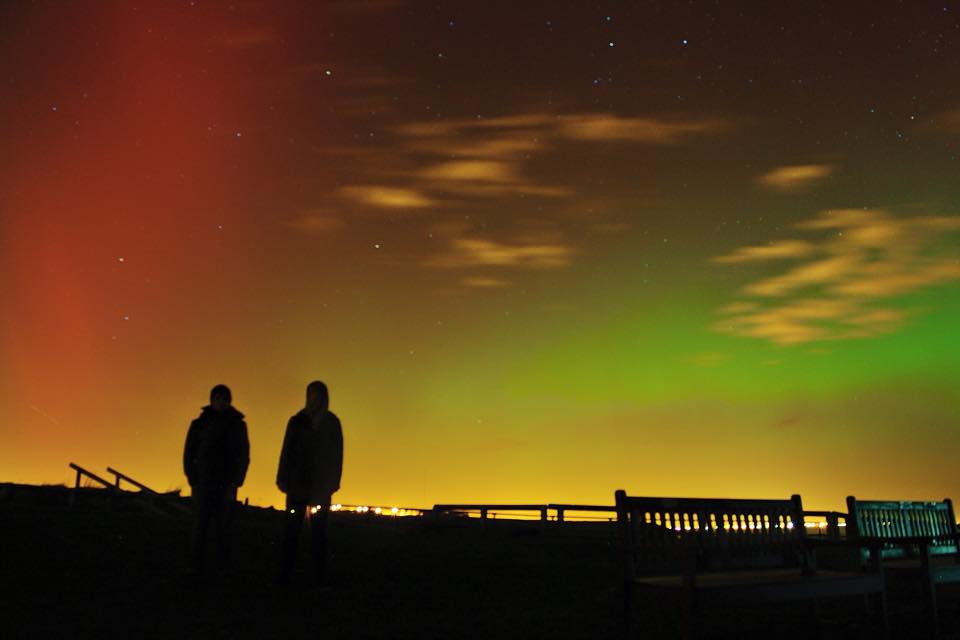 We saw a diffuse grey band across the North-Eastern sky which looked completely different from the light-polluted clouds below it, this is the green auroral band in the image. Then suddenly the sky exploded with red, it looked like somebody had spilled blood across the sky, something I absolutely did not expect to see. From then on, I was hooked, and I knew my happy place would always be underneath the Northern Lights. Since then, I had seen them a few more times in the UK but nothing was going to prepare me for what I was about to see whilst living in Finland.

I spent my first winter season in Finland in 2017/18 thanks to The Aurora Zone.
I didn’t know what to expect really, I’ve enjoyed a few holidays to Iceland, but I’d never spent a full winter in a region where the Sun didn’t rise for over a month, this was to be my first experience living where the Northern Lights display on your doorstep.

The six months spent in Finland were really quite magical, the trees were frozen in time in a cocoon of snow, the distant barking of huskies could be heard most days but when that stopped, there was absolute silence. For weeks at a time, there would be no wind, for the winter months there are no birds and you’re so remote you can’t hear any cars.

Often, I would walk into the forest, lay down in the show, and look up through the trees at the Aurora Borealis rippling and darting across the sky above and there wouldn’t be a sound. The only constant you would hear would be the crunch of the snow under your boots.

The colours were surprisingly more vibrant than what I remember from my first display but for me, the most memorable part of a Northern Lights display is the motion. We saw the aurora on average around four times a week from November to March and out of those four displays, three of them were active where it was whipping and flowing across the sky. 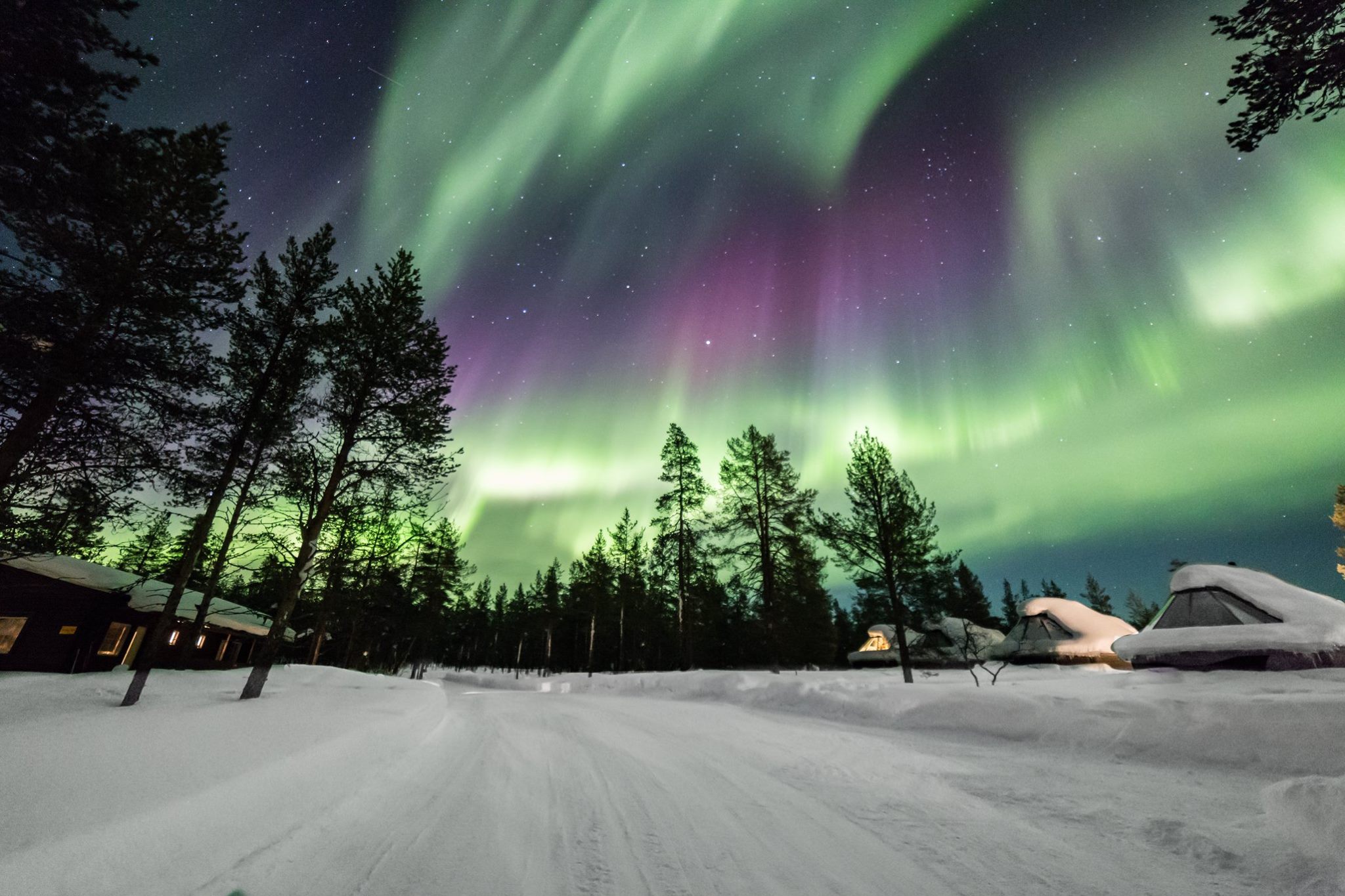 Since then, I have been based on a spectacular island called Senja in Northern Norway for a full year in 2020. Our Aurora chasing season starts in the middle of August as the nights finally get dark enough to see the lights. In the months before that, the sun doesn’t set below the horizon which means 24 hours of daylight, which has its pros and cons.

What should you expect from a life that is mostly controlled and synced with the Northern Lights? A nocturnal one is a good start. The lights are visible as soon as darkness falls, this time changes but as you head into the depth of winter, this is
from 3–4pm in the afternoon, then all the way through until you’re too tired or too cold to stand up anymore.

Being a photographer, it means I have to do a lot of preparation beforehand, camera checks, cleaning, memory card formatting, and planning any shots I might have in my mind. Most of your winter life will be spent in darkness and it gets to you as the season wears on, 6pm feels like midnight, then midnight feels like another midnight, it’s incredibly confusing. It feels like you’re alive for longer in winter than the summer, but it’s worth it every single time when you see the rich golden glow of the sun on the horizon which is soon to be followed by the vibrant reds, greens, and purples of the Northern Lights. 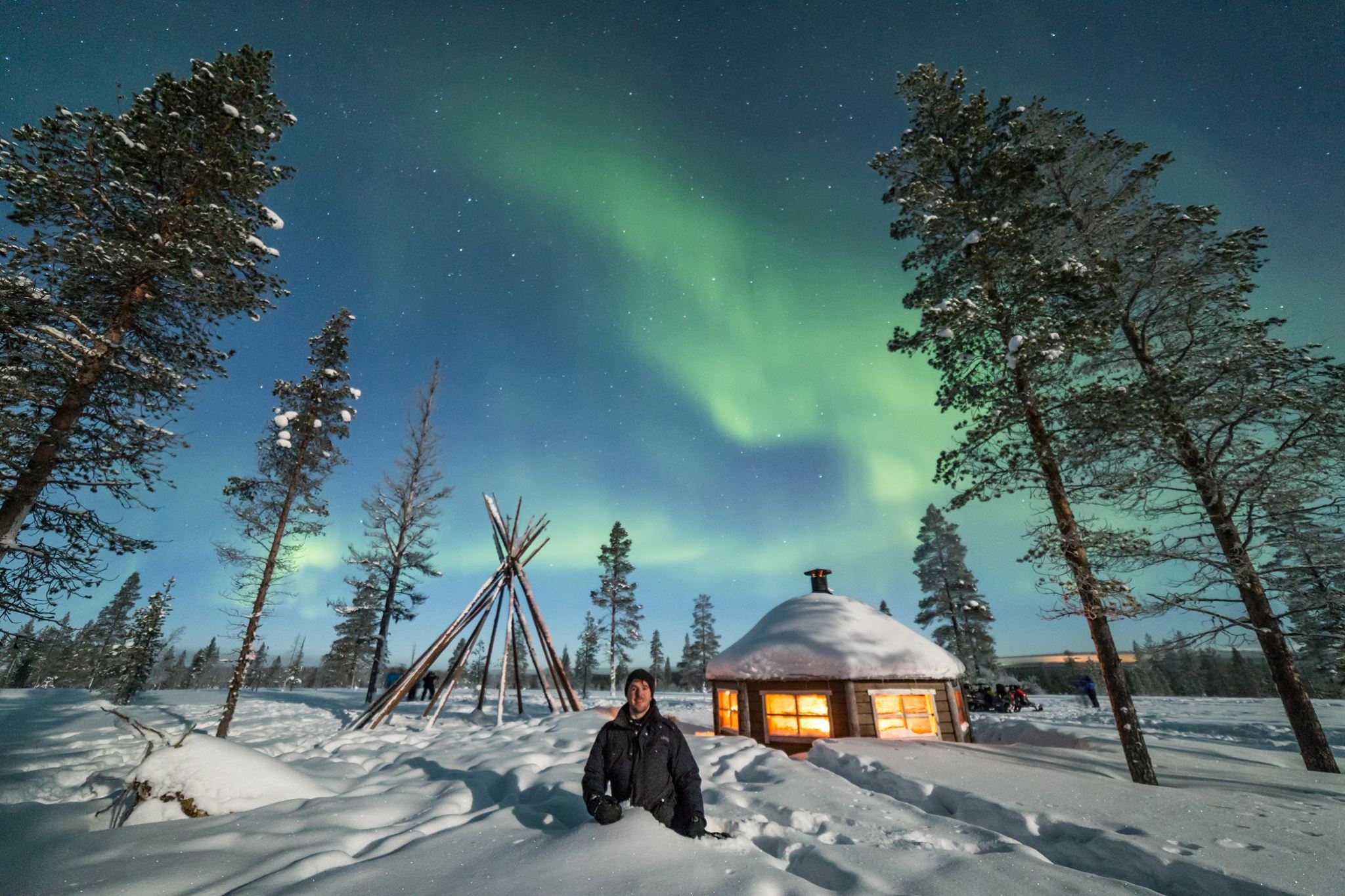 There aren’t many experiences that are better than an energetic display of the Northern Lights, I’ve seen some displays that will stay with me for a lifetime. I would urge everyone to try to see them once in their lifetime, but make sure you do your homework and find the best places to see the Northern Lights and try to surround yourself with experts from The Aurora Zone!