Ten Reasons Why You Should Go Aurora Hunting in March

You can ask just about any professional Aurora guide about their favourite time of year for chasing the Northern Lights and we are prepared to bet that they’ll reply with either March or Autumn.

We’ve written elsewhere about the allures of Autumn up there in the Auroral Zone so, here are our Top Ten Reasons for Aurora Hunting in March. Some are based in science; some are for aesthetic reasons and others are just plain common sense.

Whichever reason you pick, we think you will be making a wise decision to travel in March. There’s always a clamour here in The Aurora Zone office when trips become available, and that clamour is particularly loud when March is on offer. It is a wonderful time to visit the Arctic and chase down those heavenly lights.

Based on 75 years of records, NASA’s Dr David Hathaway established that geomagnetic disturbances are at their highest in March. 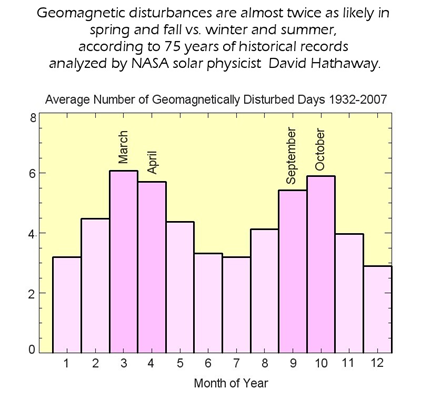 If you are determined to see the Aurora Borealis, it would appear from Dr Hathaway’s research, that March is the best time to give it a go.

There’s no denying it, this is horribly complicated, so much so that it has been named the Russell-McPherron effect after the two scientists who identified it.

Essentially, twice daily, a combination of stronger solar winds and “Equinox Cracks” caused by the angle of the Earth’s poles to the solar winds results in them being funnelled towards Earth’s atmosphere. The result is greater geomagnetic activity which in turn, cause the Northern Lights to appear.

It is hideously scientific. Rather than try to explain it fully ourselves we asked the people who came up with the theory to explain it for us. Professor Christopher T. Russell and Professor Emeritus Robert L. McPherron from the University of California, Los Angeles (UCLA) very graciously obliged. You can read what they have to say in our Science Behind the Magic blog.

One thing is guaranteed during an Arctic winter; it will be cold. There is no getting away from it, when you are out and about at night the mercury is going to drop below zero, often well below. We provide you with the best cold weather clothing and provide a packing list designed to keep you comfortable.

It goes without saying that if you don’t like the cold, it is always best to travel during the warmer months. The Aurora is visible from Northern Scandinavia from late-August until early-April making September the warmest full month of the Aurora hunting season. However, what September does not have (usually), is snow and, many people associate the Aurora with snowy landscapes.

Hence, if you don’t like the cold but, you do love snow blanketed landscapes, March is the best time to travel in search of the Northern Lights. It can still get very chilly but is generally nowhere near as cold as the deep winter months of December, January, and February. 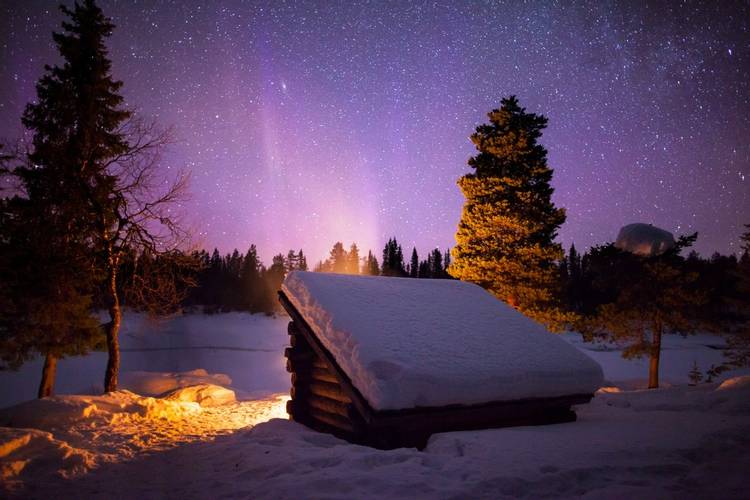 Contrary to popular opinion, a full moon is not the Aurora hunter’s worst enemy. That title is bestowed upon cloud cover and, more specifically, blanket cloud cover.

If the sky is obscured by heavy cloud you will not be able to see the Northern Lights, it is as simple as that. Naturally, as the year grows older, and the weather improves there tends to be less cloud cover.

March is the last full month in the Aurora hunting season. Meteorological records show that it is less likely to be cloudy than the deep winter months when heavy snow clouds are more likely to be hovering in the Arctic sky.

In much of Lapland the Sun doesn’t rise above the horizon for at least a few weeks in December and early-January. This doesn’t mean that everything is plunged into perpetual darkness, but it does shorten the time available to enjoy longer Nordic activities.

By March, the daylight hours are extending by anything up to 10 minutes per day and by the end of the month you have to be up quite late waiting for darkness to fall, hopefully revealing the Aurora as it does.

On a fine day, there is something very, very special about March’s Polar light. There is a crispness and clarity that yields fantastic visibility making it a wonderful time to enjoy the great outdoors. To drive a snowmobile across a frozen lake or steer a team of dogs through a snow-covered forest on such a day is invigorating, rejuvenating and even life-affirming.

With all this improving weather you might think that the snow would have started to melt away come March. It may start to get a bit softer towards the end of the month but, normally, March is when the snow is at its deepest. Essentially, with the temperature rarely, if ever, rising above freezing point, all of winter’s snowfall lies deep, crisp, and not particularly even.

It is a hard-hearted individual who doesn’t love a snow-draped landscapes. Whether it is Finland’s forest, fells and lakes, Sweden’s mountains, Norway’s fjords, or Iceland’s countless geological wonders, they appear all the more magnificent when they are enveloped in pristine white snow. 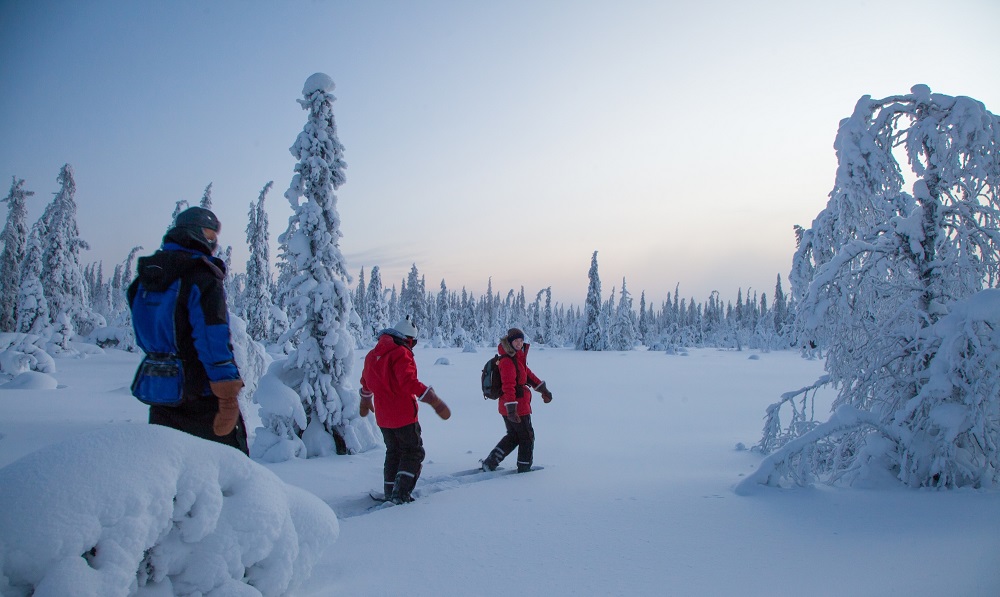 Ask any local in Lapland what their favourite time of year is and you can be pretty certain that the answer will either be spring or autumn.

As the weather improves throughout March there is a sense of freshness and renewal. Nature begins to wake up again after the long and harsh winter months and while it remains chilly and the snow still lies thick, there is a sense that warmer and longer days are on the horizon.

It is no coincidence that Finns, Norwegians, and Swedes who take a domestic winter holiday will normally do so in March or early-April. It’s like going into a restaurant and seeing the indigenous populace eating there. It is the best recommendation of them all, they are the locals and they know best.

Despite the compelling argument for travelling to Northern Scandinavia in March, most overseas visitors choose to visit in December, January, and February.

We have been providing Aurora hunting holidays for a decade and we still don’t understand why.

March is always the favourite time to travel among our staff. Our experience is that if you travel in March, you are likely to encounter fewer overseas visitors and enjoy your activities in smaller groups than you would in the preceding three months.

If you prefer a quieter life, then maybe March is the time for you. 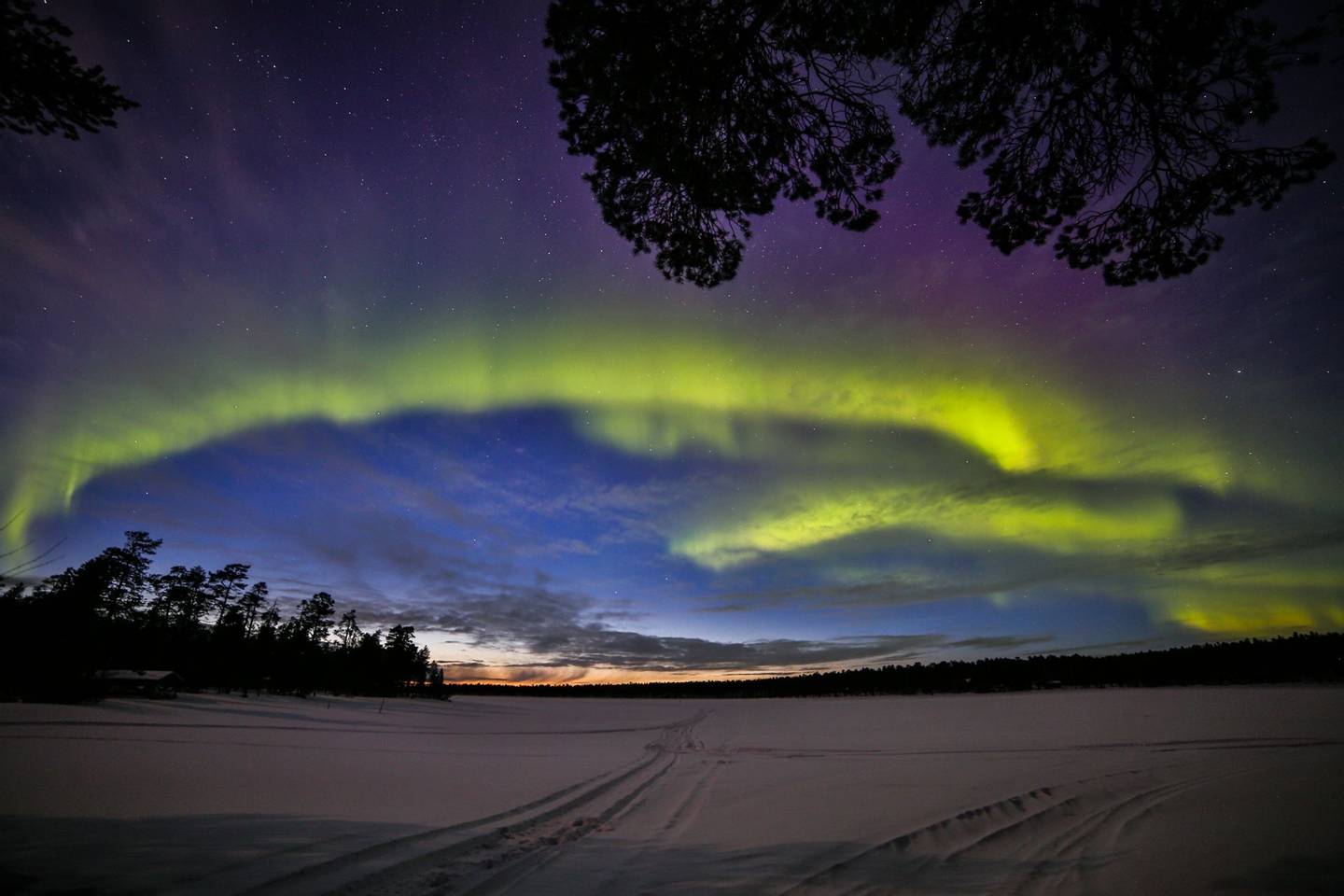 There is something remarkable about the Polar light in March. There is a crystal-clear clarity to it which brings every detail into perfect focus while extending the horizons for mile after mile.

We’ve noticed this in Finland especially and maybe it has something to do with the cloudless ice blue skies that often make an appearance in the latter days of March. They stretch endlessly away across the snow-covered lakes and forests and the exquisite purity of that blue light contrasting against the pristine winter landscapes makes me wish I were far, far better at descriptive writing.

Maybe it’s no coincidence that Finland’s national flag is blue and white!

I don’t know about you but once Christmas and New Year are out the way, I find January and February to be drab months. After all the festivities have died down and the really cold and damp days of winter set in, I find myself thinking of foreign climes.

The problem is that most of the more accessible summer destinations are still a couple of months away from being at their best for visiting and that leaves a long wait. For me, this is when March comes to the rescue perfectly sandwiched as it is between deepest winter and early summer.

I love travelling in March and find it so rejuvenating after the long, dark nights of winter. To head north when the Arctic is stirring after its winter hibernation and the daylight hours are lengthening by almost ten minutes per day brings hope and anticipation of a long and enjoyable summer. 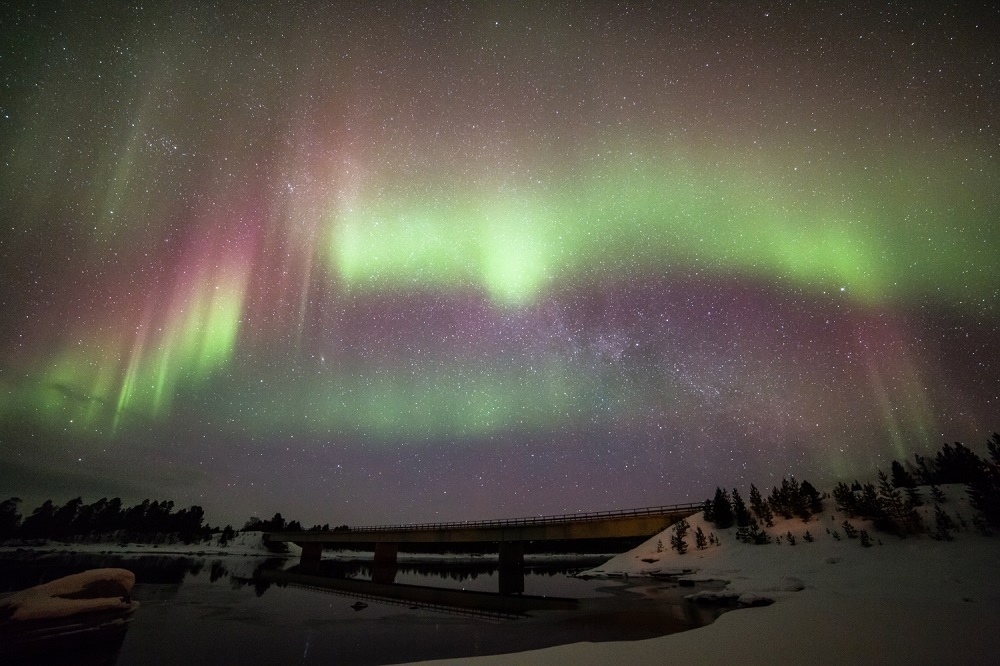 Click here to take a look at our holidays departing in March.

« Our Top Ten Aurora Moments Is this the Best Northern Lights Season Ever? »