The First Auroras of the New Season

It’s amazing the lengths that people will go to in order to see the Aurora Borealis.

Every year, we set our partners up in the Aurora Zone the challenge of sending us images of the first Auroral displays of the new season. This year, our long-term partner Markku Inkila was well and truly up for the challenge, and he wasn’t going to allow anybody to steal his thunder.

Markku, took himself and his camera into the wilderness surrounding his home in northeast Finland and spent the next 6 (yes SIX!!) hours scouring the northern skies for signs of wraith-like green lights.

Initially, his dedication yielded no reward, and he was worried that the imminent arrival of morning’s daylight would obscure the lights if they did occur. However, as is often the case with the Northern Lights, patience was rewarded. Not long before dawn, he noticed wispy green lights appearing in the sky. 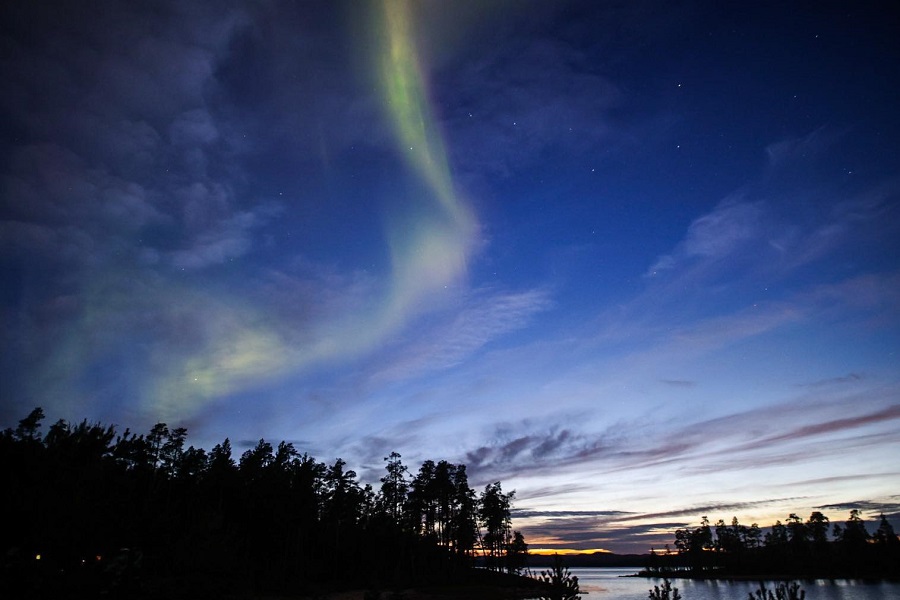 The race was on to capture the first Northern Lights of the season before daylight rendered them invisible. You can see from the images just how tight it was. The Aurora is fighting to be visible against the encroaching light of dawn but, Markku’s luck was in, and he managed to gather the images before the Aurora disappeared entirely.

Content with his night’s work, Markku packed up his gear, drove home and enjoyed a very, very well-deserved cup of strong, black coffee before heading off to work.

That is genuine dedication to the cause but also absolutely no surprise to us. Markku’s goal for decades has been to discover the world of the Aurora Borealis. He is also keen that as many people as possible witness this unforgettable phenomenon and has built two Northern Lights Villages in Finnish Lapland (Levi & Saariselkä) with that goal very much to the fore.

Do you fancy watching the Northern Lights from the comfort of your own bed? It sounds like an unlikely ambition doesn’t it? However, thanks to Markku and his glass igloo villages (Levi & Saariselkä) it is now very much a possibility.

It does rather beg the question though. Why did he not spend 6 hours in a cosy glass roofed cabin rather than outside in the Lappish wilderness? The answer is simple. They breed them tough in the north and Markku is very much an outdoorsy kind of guy. He is rarely happier than when he is in the wide-open spaces of Lapland hunting for his beloved Aurora Borealis.

Those cosy glass igloos are for soft southerners like us!

« Autumn in Finnish Lapland When is the best time to see the Northern Lights? An Expert’s View. »