In the current situation, while our bucket lists are on hold, we find ourselves with more time than ever to dream about our future travel destinations.

Here at The Aurora Zone, our team has been incredibly lucky over the years to spend a large portion of their time travelling North, researching locations and making friends with the locals, to find the very best places for our Northern Lights Holidays. We have had some amazing adventures along the way, and our memory buckets are overflowing with stories that bring us a sense of joy at these difficult times.

So, while we have plenty of time to reflect,  we thought we would bring you some of our favourite memories, and 'where we would be if we could be anywhere in the world right now'. 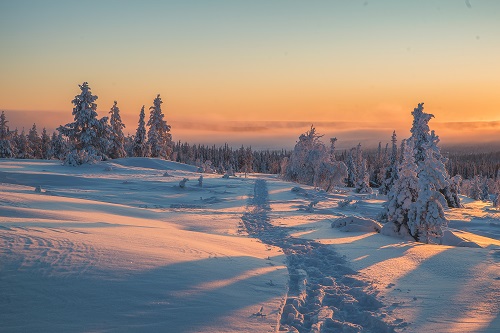 If I could be anywhere right now, I would be on a plane descending into Finnish Lapland’s Kittila Airport in early January 2006.

That was the moment I fell in love with Finland. The plane broke through the thick clouds to reveal a vast expanse of white, snowy forests and frozen lakes with barely any signs of human habitation. It was like stepping through the back of the cupboard into Narnia, nothing less.

From the airport, I was transferred to Harriniva. That 75-minute journey was unforgettable. I’d never seen a road so empty and I simply lost myself in a fantasy world of pristine winter forests, with thousand upon thousands of trees whose boughs sagged towards the ground because of the sheer weight of snow clinging to their branches. This was my first glimpse of Lapland and I found it spellbinding, so much so that it was only the gentle application of the brakes by my driver, Rauni, that snapped me out of my Arctic reverie.

“Why are we stopping?”

“Look ahead in the road.”

Blocking our path were 5 or 6 reindeer lying in the middle of the road casually minding their own business.

“They like to lick the salt. Reindeer in the road are okay but you have to really watch out for elk, they can take the roof off the car if you hit one.” 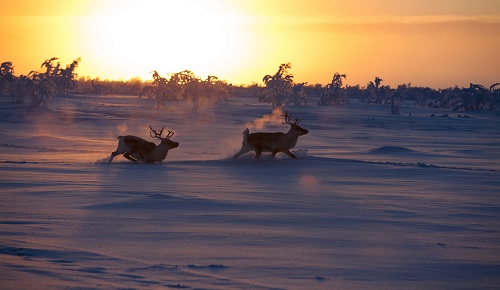 Even more bewildering was the lack of houses or settlements. Every now and then we would pass somebody walking along the road and I just could not imagine where on earth they had come from or, where they were headed.

Yup, it was dawning on me very swiftly that I was in a starkly contrasting part of the world to the one I’d left behind at Heathrow just 5 hours earlier. It was almost a shock when we reached a junction in the road and passed through the small village of Muonio.

A few minutes later we arrived at Harriniva and as I stepped out of the car, it was everything I had imagined: An endless ice blue sky, the sharp sub-zero tingle of Europe’s freshest air, snow crunching underfoot, Scandinavian pine, reindeer skins, a warm Finnish welcome, guides with ornately carved yet hugely practical knives dangling from their waist belts and, the occasional wolfish “ahh-roooo” echoing from the dog sledding centre. 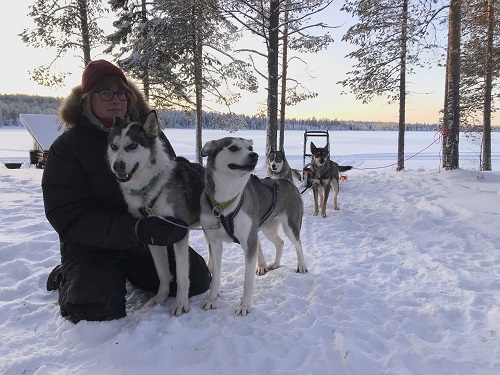 There are moments in our lives that stay with us forever. Moments that make the hairs on your arms stand up even when you think about them years later. This was one such moment. I can’t remember if I even saw the Northern Lights on that first trip, but it honestly didn’t matter because Finnish Lapland in winter is simply captivating. What made it even more memorable was the destination.

View all our holidays to Harriniva