10 things that might surprise you about the Northern Lights 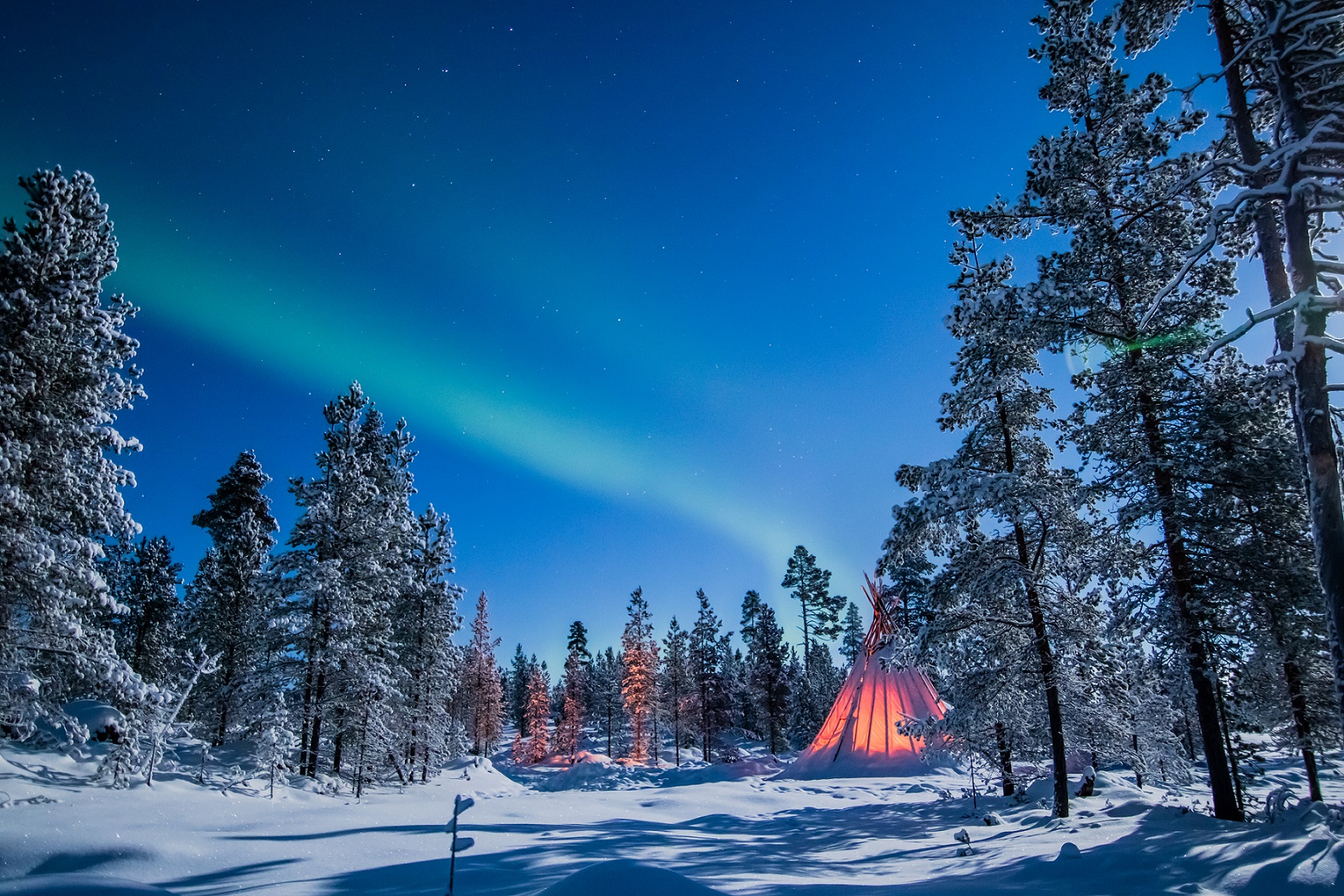 The Aurora Borealis - or Northern Lights as they are more commonly known - regularly tops wish lists and much has been written on the topic of Mother Nature’s greatest spectacle. As the UK’s only dedicated Northern Lights hunting holiday company, we spend a lot of time fully researching all things Auroral and not everything we read is always completely accurate. On that basis, here are a few things that we have learned in over a decade of Aurora hunting:

Ask any professional Aurora guide or photographer, however, and they will tell you that the number one enemy of Northern Lights hunting is blanket cloud cover.

Broken cloud won’t stop you from enjoying the Auroral magic but no matter how dynamic the activity overhead, blanket cloud cover will. There can be few things more exasperating than knowing there is concealed activity overhead. Happily, blanket cloud cover isn’t a particularly common occurrence and patience and determination will often win the day when it dissipates to reveal the hypnotic swirling light.

Very occasionally, you might see images of the Aurora appearing below the clouds. There is a very strong probability that the image has been manipulated because the lights rarely occur below an altitude of 50 miles.

Anybody who has stood outside on a clear night will have noticed that when viewed from the countryside, there are far, far more visible stars than there are from a town or city. The same applies to the Northern Lights because heavy light pollution will obscure even the most vibrant of Auroral displays.

We’re not saying that cities aren’t great places to visit but there is much to be said for being out in the countryside when the Aurora starts dancing. Imagine an Aurora display begins at 2am, will you be able to see it from your accommodation? The answer is far, far more likely to be “yes” if you are staying out in the countryside or even, wilderness, where darkness rules the skies.

In Northern Europe, the Northern Lights appears most frequently in a band just above the Arctic Circle. This band, or Auroral Zone, doesn’t magically appear above one place more frequently than it does anywhere else so anybody claiming that “such-and-such” is the best place to see the Aurora Borealis is, at best, misinformed.

Basically, you are just as likely to see the Aurora from a frozen lake in Finnish Lapland as you are from an archipelago island off the coast of Norway.

4) The Aurora only appears when it’s cold

Not true. The temperature has no bearing whatsoever on Auroral activity but we often hear people saying that it’s only visible when it’s cold.

Our theory is that this claim boils down to cloud cover. Clouds insulate the Earth and retain heat. Of course, as Aurora hunters, we want cloud-free nights which do tend to be colder. However, there is no direct link between the temperature and the likelihood of Auroral activity. What’s more, there is plenty of scientific evidence to show that autumn is a brilliant time to see a Northern Lights display, and the temperatures are much milder (more on this later).

Our advice is to look at the night sky when the moon is full and judge how much of that vast, vast space it affects. The impact is minimal and will only obscure the Aurora if it is directly behind a low level or dim display. During moderate to high Auroral activity, the moon has little, if any, influence on the clarity of the lights.

Professional Aurora guides and photographers often prefer a full moon because it illuminates the foreground making for far more interesting photographs including those all-important selfies.

It’s not an exact science but a stable and Earth-facing Coronal hole can come around several times which provides a 28-day prediction tool of sorts. Basically, if a Coronal Hole delivers solar wind then it might just do the same again 4 weeks later as long as it remains stable. We have seen Coronal Holes which have reappeared 6 or 7 times so our eyes are always peeled for them.

7) The warmest months for viewing the Northern Lights

Most people associate the viewing the Northern Lights with the snowy white landscapes of winter and sub-zero temperatures. However, across Northern Europe, the lights are visible from late-August until mid-April which means that you can seek them out during more temperate months.

Research has determined that geomagnetic activity increases in the weeks around the spring and autumn equinoxes so if you want to avoid the freezing temperatures of deep winter then September and October are definitely worth considering. What’s more, if you time it right, you’ll also get all those lovely burnished autumnal colours during the day and skies ablaze with swirling green light at night. Even better, you won’t get a cold nose doing it!

8) The Land of the Midnight Sun and other Planets

The Aurora Borealis is not visible from Northern Europe during the summer months. To see the Northern Lights requires dark skies and, while they are still dancing overhead, the 24 hours of daylight from the Midnight Sun renders them invisible from May to late-August.

The Aurora Australis is visible from the Southern Hemisphere during our northern summers but getting to Antarctica (where they appear most regularly) is a bit of a trek for even the most ardent Aurora hunter.

Also out of reach are other planets but perhaps we’ll one day reach the gas giants (Jupiter, Saturn, Uranus, and Neptune) all of which have strong magnetic fields and hence Auroras.

9) You Can’t Hear the Aurora Borealis

There are loads of articles across the web suggesting that you can hear the Northern Lights crackling like electricity. It’s news to us. We’ve spent a decade hunting for the Aurora but, none of us has ever heard them make any noise whatsoever.

As it happens, when you are standing on a frozen lake some 200 miles north of the Arctic Circle with all sound deadened by a heavy blanket of sky, the last thing you need is noise disturbing the perfect silence.

Still, please, please let us know if you have heard the Northern Lights. As the saying goes, there’s no smoke without fire so maybe, just maybe, there’s no Aurora without sound.

Okay, this one is really only for the absolute purists but do you really want to see the Aurora as clearly as possible? Of course, you do, and that means that your eyes need to be fully adjusted to the dark. As tempting as it may be to share with your friends on social media that you are about to go searching for the Aurora, the light from your phone will impact (albeit it very slightly) on your vision when you are gazing skywards.

Similarly, there’s a good chance there will be a few people with digital cameras lined up waiting to catch the celestial light show. Our advice is to take a few paces to their left or right so that you can’t see the images on their cameras’ screens; you really don’t want any light distractions whatsoever.

Click here to find out more about the science behind the Northern Lights.

« Four short Lapland breaks to get you in the festive mood #AuroraZoneMoments - November's winner revealed! »