The Northern Lights look to be on their way this December

If you have been keeping up to date with our blogs then you will remember that we recently mentioned why we love Coronal Holes so much (you can find out more here).

The key thing to note about Coronal Holes is that they are one of the causes of solar winds which, in turn, cause the Northern Lights to appear in our skies. Although less violent than Coronal Mass Ejections (the other source of solar wind), they are more stable. So much so, that they often reappear 27 days after their first appearance on the surface of the sun.

Coronal Hole stability is something that we have mentioned previously as it means that we can, to some degree, predict when the Northern Lights might appear. What got us excited in our previous blog was the fact that Coronal Hole 34 (CH34) had remained stable for several consecutive months. We predicted that if it continued to be stable and earth-facing then it would deliver another high-speed stream (HSS) of solar wind to Earth’s atmosphere on, or around 01/02 December. Such an event would result in increased geomagnetic activity and, the chance of some impressive Auroral displays.

The good news for us is that CH34* has remained stable and is just passing through the earth-facing stage of its current rotation as we type on 29 Nov 18. If it remains true to form, it should deliver high speed streams (HSS) of solar wind to our atmosphere in the next few days (01/02 December) as we predicted! If you look at the images below you can see CH34 is the large dark patch in the middle of the sun. 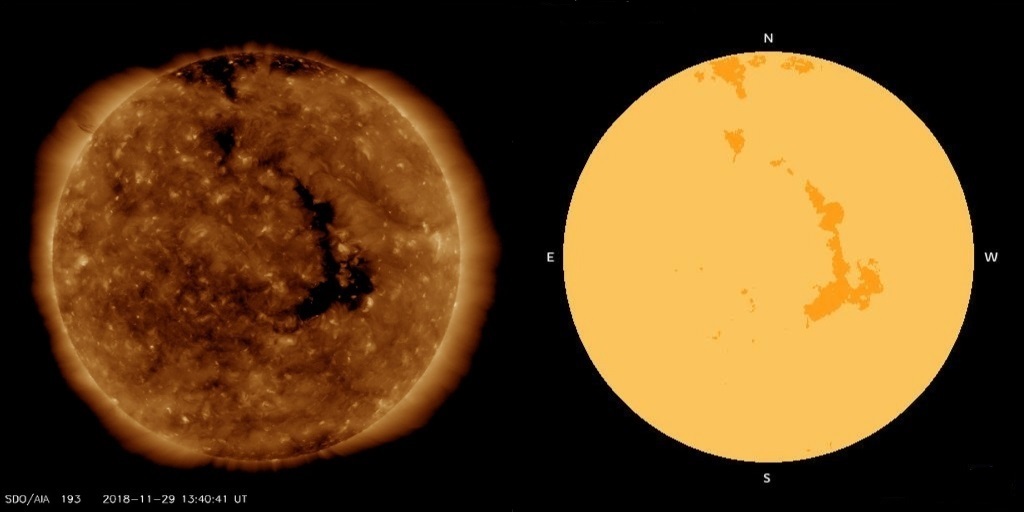 As mentioned previously, CH34 has been around for many months now in various shapes and sizes. During the previous rotation CH34 caused geomagnetic storm conditions up to moderate G2 level, resulting in some rather impressive Auroral displays in the Arctic Circle (you can see some of the evidence here).

STEREO Ahead, a NASA spacecraft which takes images of the far side of the sun, shows that the intensity of the solar wind stream on this latest rotation might not match what we’ve seen before. However minor G1 (Kp5) geomagnetic storm conditions remain probable and it should produce higher than normal geomagnetic activity this time around and, possibly, on the next rotation too. 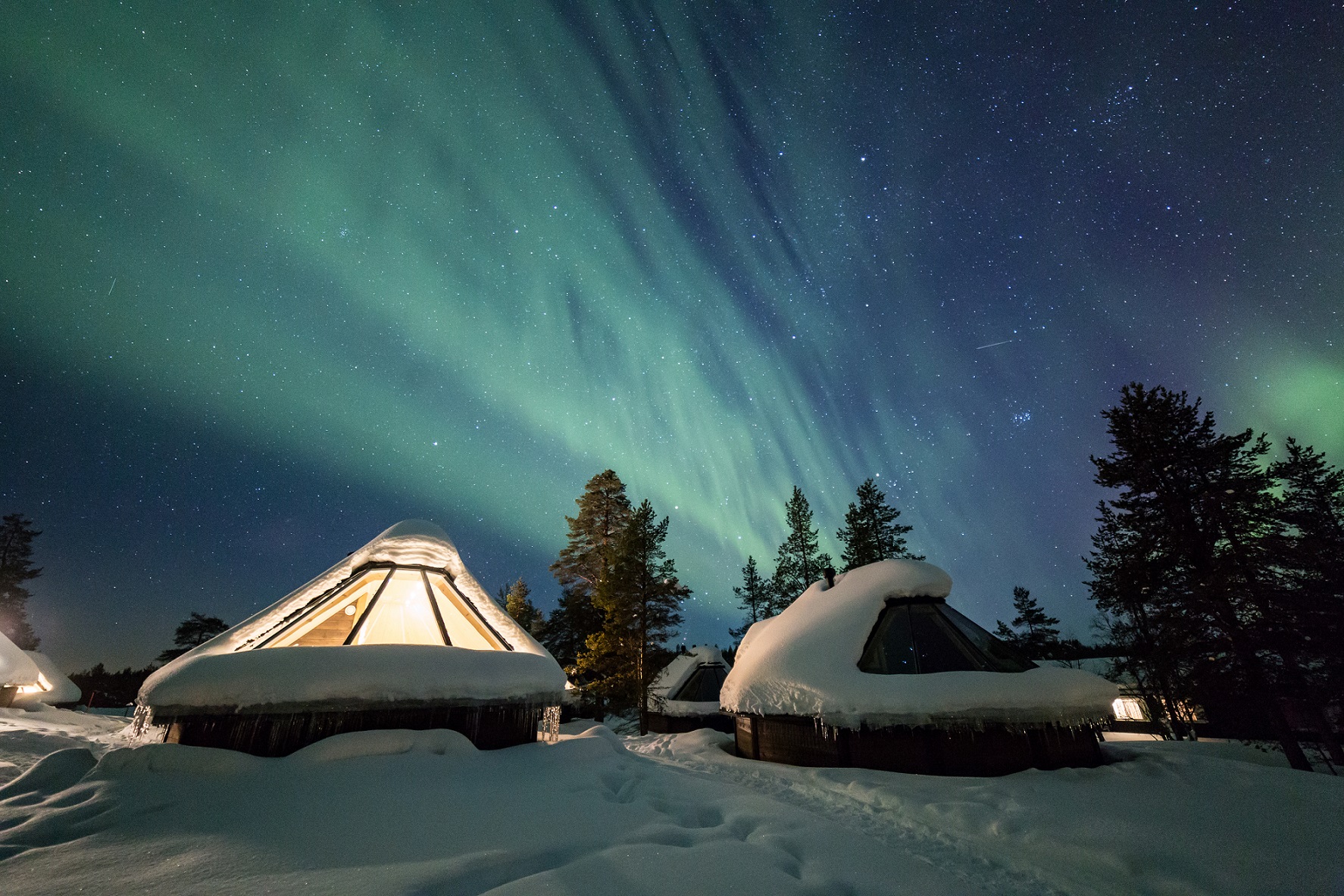 There isn’t much time to get to the Arctic Circle for this weekend but the next rotation may well be of interest. We estimate that the next time the Coronal Hole will be earth facing (if it remains stable) will be in about 25- or 26-days’ time. This would take us to 25 December. With it taking between 2 to 4 days for the high speed streams (HSS) of solar wind to reach Earth’s atmosphere this means we might experience increased Betwixtmas geomagnetic activity on 27/28/29 December.

This is great news if you were wondering how you were going to fill those empty days between Christmas and New Year. The festive season is our busiest time of year but, we have a few spaces on some Betwixtmas Northern Lights holidays which will help you maximise your chances of witnessing the Northern Lights!

*Just to confuse matters, Coronal Holes are renumbered with every new one that appears and every reappearance. Hence. CH34 is now CH53 but it’s complicated enough without changing the number in our opinion so we’ve left it as CH34