Prior to travelling to the IceHotel, it was difficult to know what to expect, for not in my wildest imagination could I envisage a hotel made from blocks of Ice and decorated with magical sculptures. I had seen photographs of both the IceHotel and the IceHotel365 but once again nothing could prepare me for the reality of actually witnessing them for myself. 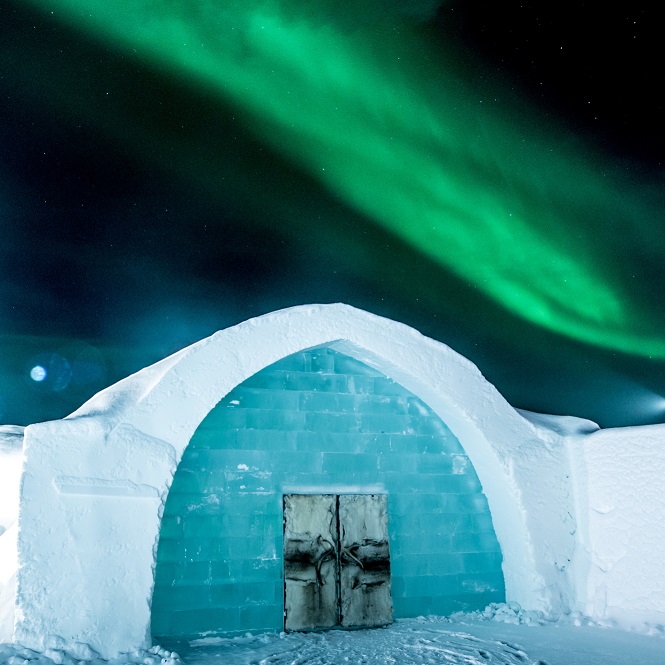 After arriving, I dressed into my warm overalls and left the bus behind. We met our guide in the reception area before she led us down snowy paths towards the hotel. As we entered into a courtyard I gazed upon the hotel for the first time and was instantly mesmerised. The structure before me was bathed in enchanting colours of white and blue and it was difficult for me to comprehend that it was rebuilt each year. 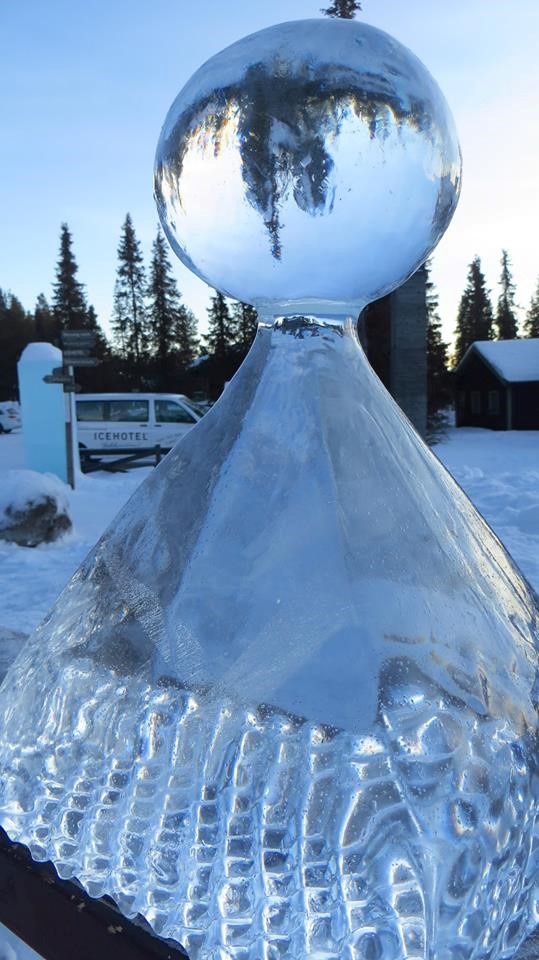 We entered the hotel through two mysterious doors, decorated with reindeer skin and I literally felt as though I had entered into another realm. The grand halls were adorned with pillars of ice, and the walls were a thick, sparkling white. There were numerous passages leading to the rooms themselves and each one seemed to conjure up some new magical delight. There were two types of room available, the standard Ice Room and the Art Suites. The standard Ice Rooms were beautiful and at the centre of each lay a double bed made entirely of ice with a thick comfortable mattress and numerous reindeer hide to keep you warm and cosy during the night. 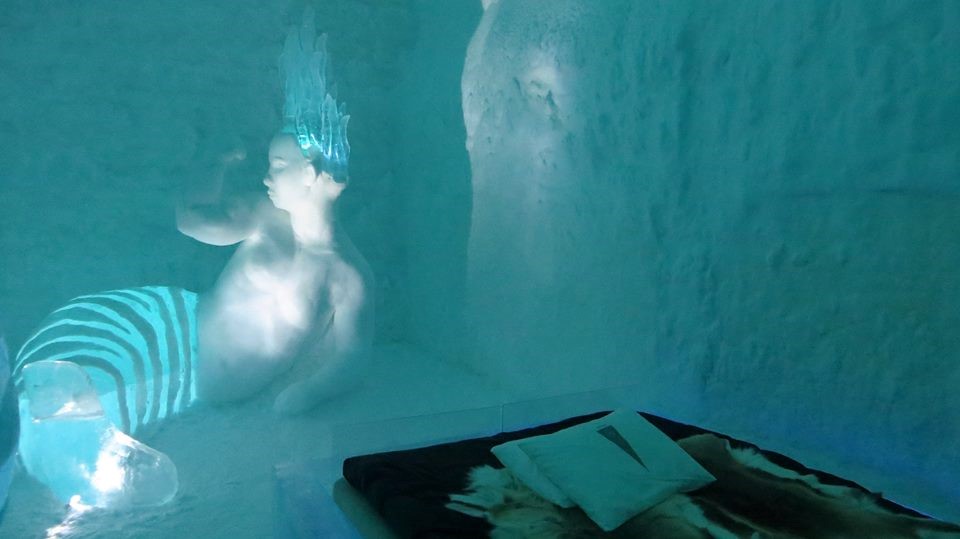 The stunning colours which were reflected from the surrounding ice were an experience in themselves and I longed to spend a night here for myself. After exploring the standard cold rooms, I ventured into the Art Suites and I was genuinely open-mouthed at what lay before me. Stunning ice sculptures of such detail were stylishly placed so that each room had a particular theme. Perhaps one of the most impressive was a large imposing face which appeared the moment you entered the room and was so lifelike that I almost expected it to greet me. In this particular room, the bed was placed inside an impressive arch carved into the wall, giving off a feeling of grandeur and majesty. 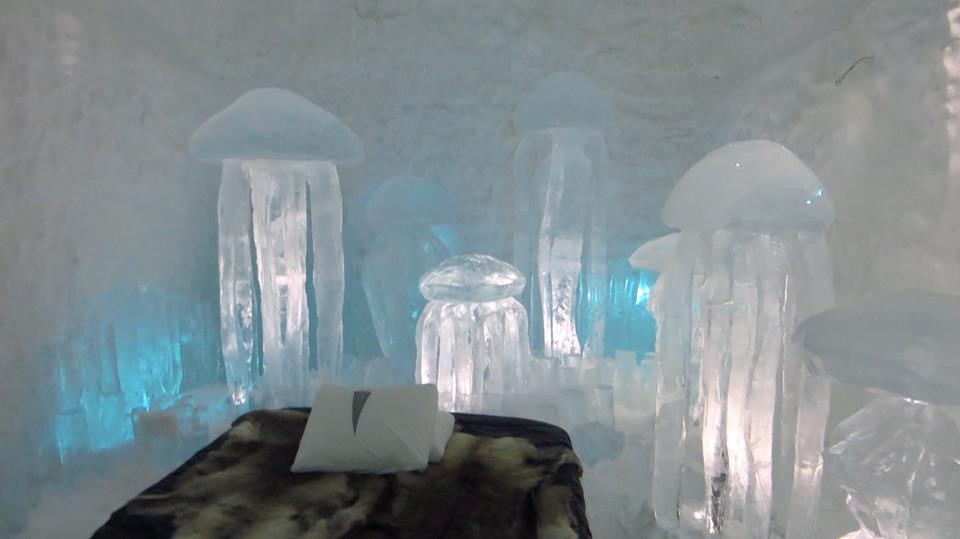 After exploring the IceHotel, I ventured across to the IceHotel365 which is a new concept introduced to allow guests to gain this surreal experience all year round. The newly structured building, which runs on solar power, contains both Art Suites and Deluxe Suites each individually themed with spectacular hand carved sculptures. As I walked down the hall and entered through each of the large black doors I genuinely felt as though I was taking part in an episode of the crystal maze for I had no idea as to what to expect on the other side. Each time I was both amazed and enthralled by what I beheld. Carved squid sculptures in a nautical-themed room were perhaps the most impressive, in what was ultimately a surreal and dream-like experience, one from which I didn’t want to awaken.

Want to experience the IceHotel? Take a look at our top holiday picks:

Aurora Mountain Lodge and the ICEHOTEL®

Take a look at our other holidays featuring the IceHotel here

« Seeing the Northern Lights for the first time! March 2017 – It’s been a crazy month for our Aurora hunters »