Finland is not just for Christmas!

Have you noticed how popular Finland has become recently?

Every time I open a magazine or the travel section of a national newspaper it seems that everybody is tipping Finland as THE hot destination for 2017.

We’ve been running holidays in Finland for over a decade and in that time we’ve striven to convince anybody who will listen that this wonderful country is great at almost any time of year and not just December.

Finally however, word is out, Finland has far, far more to offer than just Father Christmas trips and is finally becoming renowned for the many attractions that lie beyond December’s crowded Santa parks. 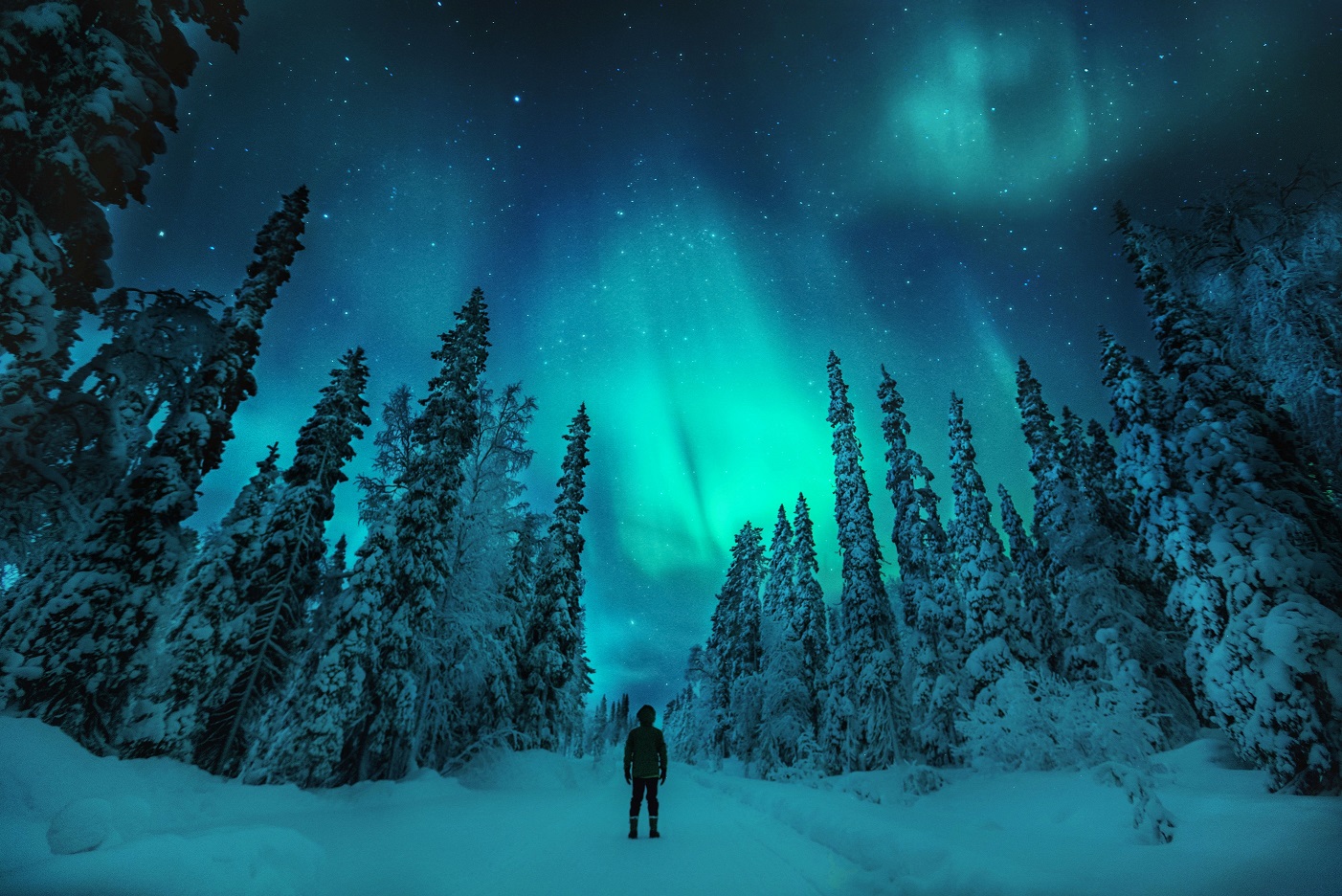 I could confidently make a case for visiting Finland during just about any month of the year but if I had to choose then my particular favourites are March and September.

In March, the snow lies deep but during the day, winter’s lowest temperatures are slowly becoming nothing more than a memory. To drive a team of huskies or a snowmobile over a frozen, snow covered lake under an ice blue sky which stretches far, far away to the horizon is one of life’s greatest pleasures. When we stop to make a fire and brew coffee in the traditional black kettles, I love to just step away from my companions and simply listen to the perfect silence. You don’t find perfect silence here in the UK, there is always a buzz of traffic or industry or planes but in Finnish Lapland, you can literally hear the silence and it is a wonderful sound. 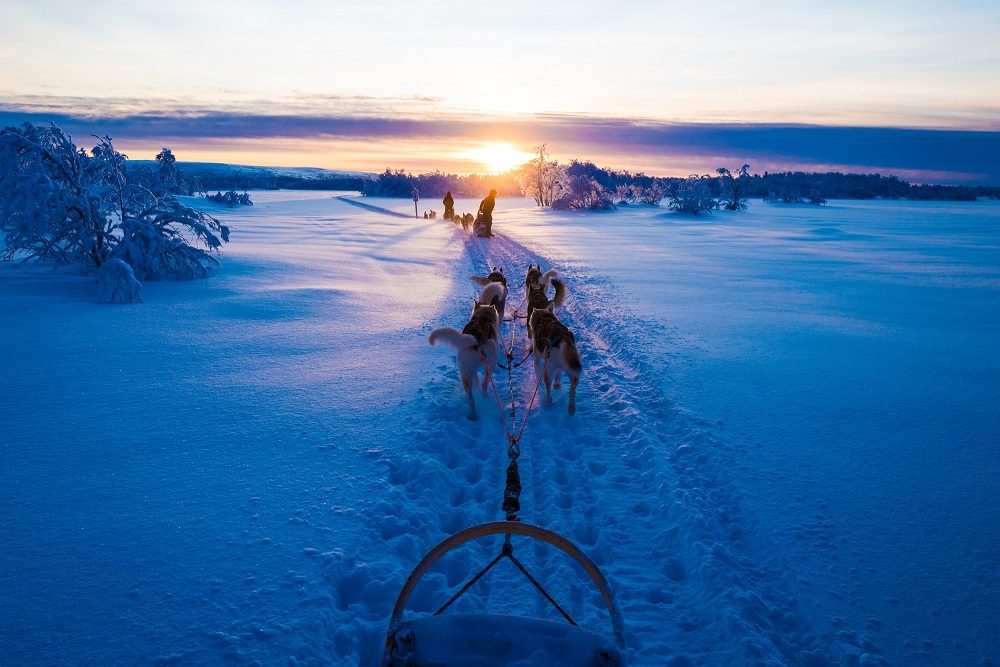 In my experience, March also brings the Northern Lights. I’ve lost count of the times I have stood underneath a March sky filled with all manner of celestial delights. I’ve always felt that there is less cloud cover in March and that makes for clearer skies and increases the chances of seeing the Aurora. I have no idea if this is statistically accurate but it certainly seems to work for me!

September is an altogether different proposition. 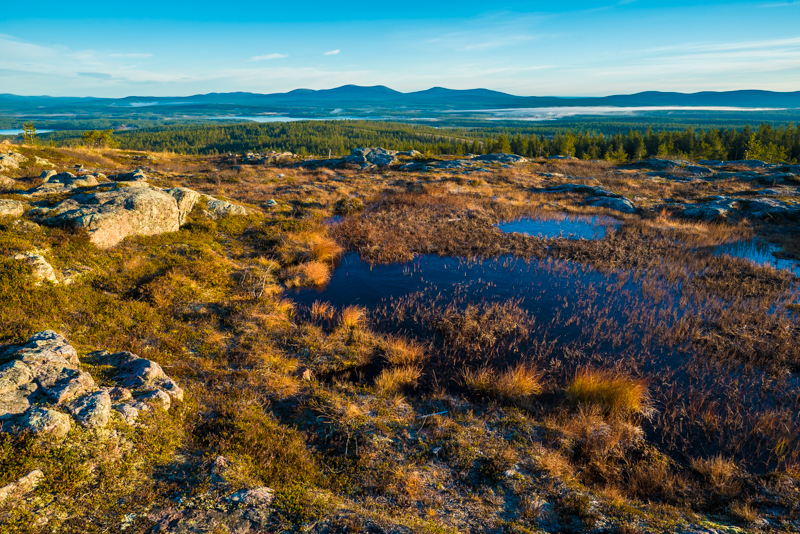 If you could be magically transported from Finland in March to Finland in September you might be forgiven for thinking that you are on a different planet. The snow is nowhere to be seen, the lakes, rivers, and streams are running free rather than being iced over and, for the few weeks known as “Ruska” the leaves on a zillion Finnish trees turn to those bewitching burnished colours of autumn. “Ruska” is squeezed between the short summer and its far longer winter counterpart and is said to start at 9am on the 9th day of the 9th month. Blink and you’ll miss it however, because it only lasts two or three weeks but what a time it is to be in Finnish Lapland.

Late-August and September are also when that nocturnal creature, The Aurora Hunter, re-emerges after an enforced summer hibernation. You see, there is no point Aurora hunting under the 24 hour light-fest that is the Midnight Sun and the buzz as a new season of Northern Lights chasing finally arrives is almost tangible. September always seems to be a great time for spotting the Aurora and if the sub-zero temperatures of mid-winter don’t appeal then you could do far, far worse than to visit Northern Finland during “Ruska”. 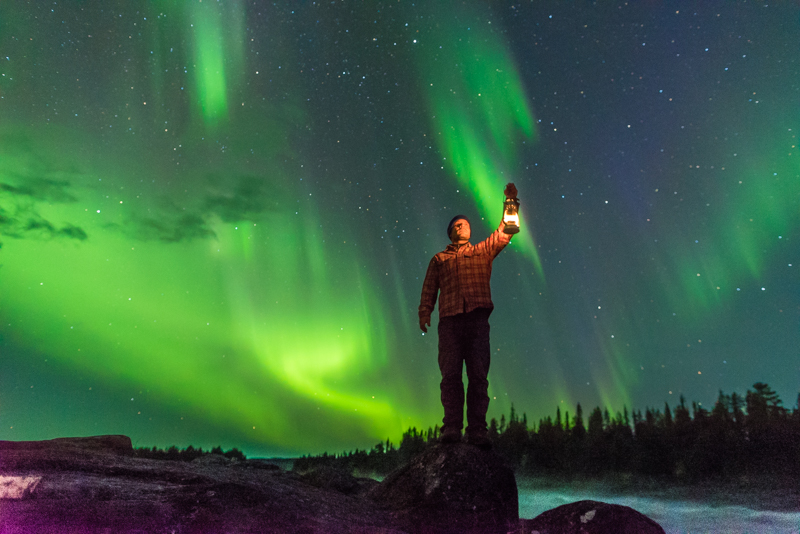 Unusually for a country that is generally associated with cold wintery weather, Finland is the HOT destination right now. Despite all the turmoil in the world during 2016, we have seen passenger numbers to Finland increase considerably and our best advice is to book early because demand is set to rise even further in 2017. In fact, you could say that cold Finland is the new hot!

Want to hunt the Northern Lights in Finland? View our holidays here.

« Mid to late-January 2017 may be a great time to go Aurora hunting! Witness the Northern Lights up in the treetops! »