We don’t for one second agree with that rather harsh description and we would never discourage anybody from visiting the IceHotel because it is a magnificent annual achievement. However, if you prefer to steer clear of the crowds then there are similar establishments in Northern Scandinavia which welcome far fewer guests annually than the 60,000 who flock to Jukkasjärvi.

Heading west in Northern Norway, Kirkenes is pretty much your last stop before Murmansk and Russia as witnessed by the road signs which feature Cyrillic text. At first it might not seem like a place to take a holiday but dig under the surface and you’ll be wishing you could stay longer. Kirkenes is renowned as a great place from which to view the Northern Lights and its wilderness hinterland offers any number of winter activities such as dog sledding, snowmobiling and even fishing for utterly delicious king crab.

Best of all perhaps is the Kirkenes Snowhotel which has opened its doors to visitors since 2006 but, with just 20 bedrooms the overnight accommodation is on a far smaller scale than the IceHotel but with all the same attractions. Every year 15 tonnes of ice are taken from a neighbouring lake to create the hotel, the ice bar, a wedding chapel and the hugely impressive sculptures which have become more intricate and sophisticated with each passing year. Each bedroom has a different theme linked to the Arctic and Arctic nature and are lovingly created by artisans from the specialist ice carving city of Harbin in China (yes, such a place exists).

To experience the Snowhotel, dine on delicious King Crab, chase the Aurora Borealis and more, why not check out out 4-night holiday based in and around Kirkenes? 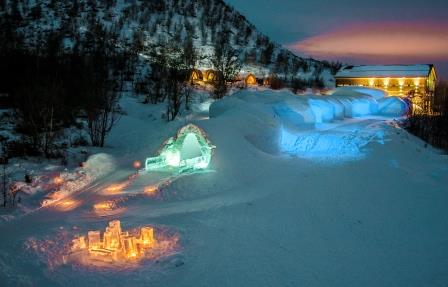 Alta is almost as far north as you can go in Norway before you’re plunged into the icy, grey waters of the Barents Sea. Set against a backdrop of snowy mountains, Alta is a vibrant and modern town and, boasting some of the least cloudy skies in Northern Scandinavia, has earned it the title “The Town of the Northern Lights”.

Not far outside Alta and set in a stunningly beautiful winter valley is Sorrisniva Igloo Hotel. There are just 30 lovingly created and intricately carved snow and ice rooms here and while the thought of spending the night in sub-zero temperatures may not appeal, an Arctic grade sleeping bag will keep all but your nose nice and snug.

Dinner in the excellent (warm) restaurant can be followed by a soak in an outdoor hot tub and, with far less light pollution here than in Alta itself, there is a fair chance you’ll be gazing at the Northern Lights while you lie back and relax. That's quite a way to spend an evening.

If you fancy visiting "The Town of the Northern Lights" and Sorrisniva Igloo Hotel then why not have a peak at the two holidays we offer there? 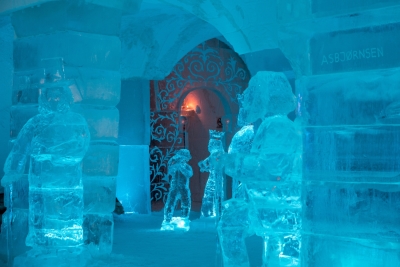 Alta - Town of the Northern Lights

Alexander Armstrong’s journey didn’t include Finland but if it had he might well have discovered exactly the kind of ice and snow hotel he was looking for.

Torassieppi is hidden away in the North West corner of Finnish Lapland and was originally a reindeer farm dating back to the 1800’s. Indeed, many of the farm buildings are still intact and the site feels very much like a step back in time. With only 8 cosy hotel rooms and 8 log cabins, this is hardly tourism on a large scale.

Torassieppi’s winter village opened in 2014 with just 10 bedrooms created from snow and ice. However, don’t let the small size fool you because the site also boasts a restaurant, a bar and a chapel all of which are constructed from snow and ice. Torassieppi also has more than its fair share of intricately fashioned ice sculptures and carvings to admire as well as being surrounded by the winter wonderland that is Fell Lapland.

New and exclusive to Torassieppi for winter 2015/16 are Aurora Domes, Arctic tents which take “glamping” to an all new level. For the ulimate Lapland retreat, you'd be hard pushed to find anywhere more relaxing thatn Torassieppi Winter Village. 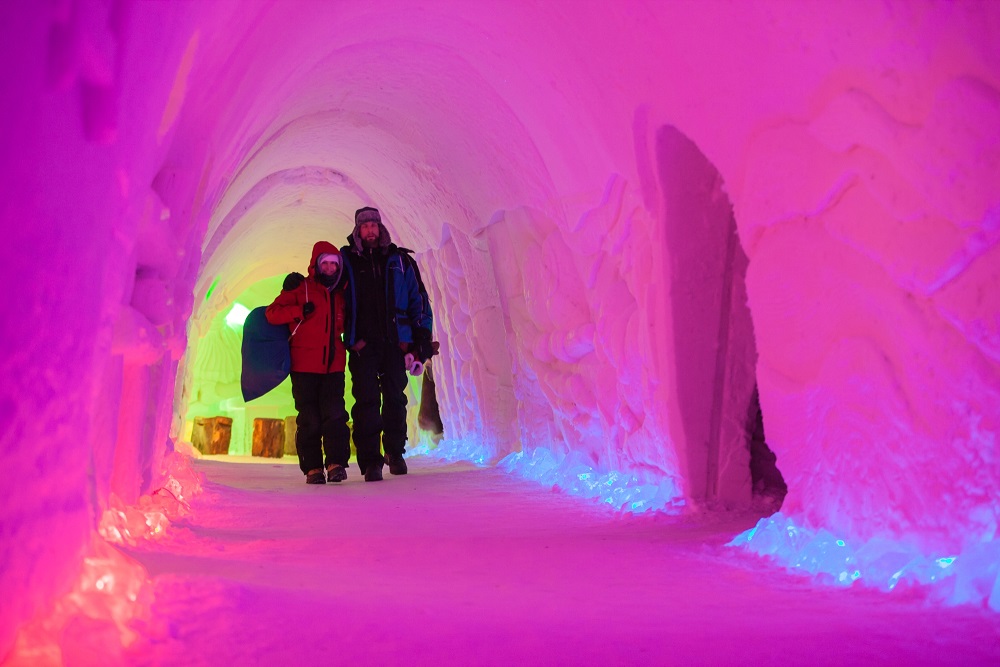