One of the bests parts about working for The Aurora Zone is we are privileged enough to get the chance to witness one of nature’s most magnificent spectacles.

But just to put your mind at rest it is not like other industries whereby once you are on the inside you know the secrets so you can be quietly smug when you see the average Joe trying to achieve the same. 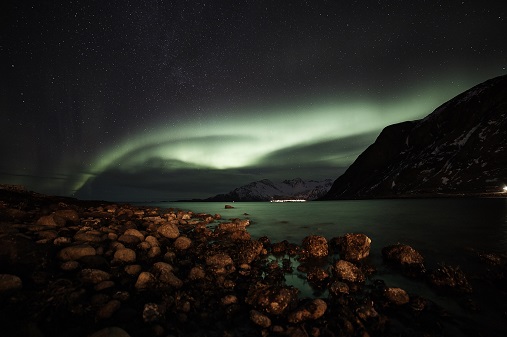 No, there is no magic aurora switch that only travel aurora specialists have access to….we have to go through the same trials and tribulations as our clients, ‘Will they, won’t they appear’, of,  ‘Is that shadow? Is that cloud moving? Can I see a hint of green?’

But when we do get to witness that swirling, waltzing kaleidoscope of greens, purples and reds we are still left with that ‘punch to the stomach’ winded feeling that same as everyone else every time.

My first time was at Nellim, we had just finished dinner and were heading back to our cabin before the nights activities.

What started as a small green streak, developed into huge blazes of red and purple as it pulled and pushed itself across the sky.

My initial rabid screaming subsided and the sense of awe and wonderment took over me and left me mute. As if on some mild altering drug time quite literally ceased to exist, to this day I have no idea where those 4 hours went. At some point we must have head down to Lake Inari as eventually became aware of my surroundings again I was laid on my back on the frozen lake staring skyward.

One of the best experiences of my life…