My Favourite Places for seeing the Northern Lights

We’re sometimes asked for statistics regarding the frequency of displays of the Aurora Borealis in the destinations we feature and unfortunately, we have to reply that statistics on the subject are pretty meaningless. Basically, across the Auroral oval, the Lights appear around 200 times per year regardless of whether you are in Finland, Sweden, Norway or Iceland.

However, it is impossible to make any long term predictions as to which of the 200 days will yield results and which of the remaining 165 (or 166 during a leap year) will not. 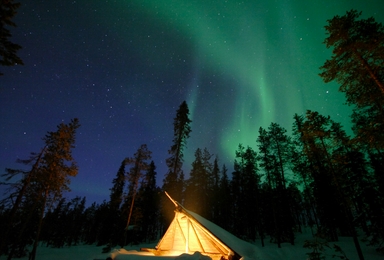 To compound the prediction problem, the weather plays a huge part too and again, it is impossible to predict how much cloud cover there may be on any given night, especially if you are planning a trip one, three, six or twelve months in advance.

So, it all boils down to subjectivity and the occasional slice of good fortune. Here then, are my favourite Aurora viewing spots, the places where I have seen the light (so to speak) most frequently.

There are three places where I have a 100% Northern Lights success rate. I’m not saying that this guarantees a sighting but top of my list are Nellim and Muotka in Finnish Lapland and Abisko in Swedish Lapland. 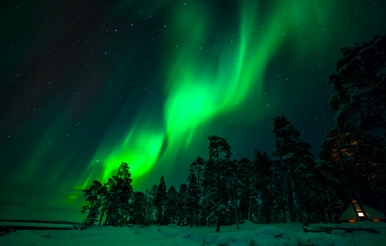 Nellim is where I saw the Aurora Borealis for the first time ever and on all seven of my subsequent visits I have seen the Northern Lights. Possibly the most remarkable of those sighting was at 4pm one December afternoon when myself and the hotel’s owner peered across Lake Inari at a green smudge emerging out of the Arctic sky. As a display of the Aurora Borealis it was totally underwhelming but the fact that, on that occasion, I was only in Nellim for an hour during the early evening darkness meant that my 100% record remained intact.

Muotka only opened last year so I’ve only been there a couple of times but, at the time of writing, I’m two for two. 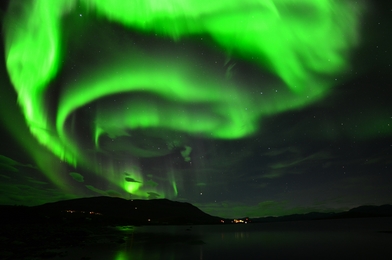 Abisko in Swedish Lapland has earned a deserved reputation as one of the best places in the world to see the Northern Lights.

The secret here is the paucity of cloud cover because a combination of mountains and winds serve to create some of the clearest skies in Northern Scandinavia. My first visit to Abisko was in 2011 when I drove from the Norwegian Coast through the kind of snow storm that actually caused the road to be closed for several hours.

Naturally, this was terribly disappointing because I had been looking forward to seeing the Lights from Abisko but the cloud cover was so, so thick, I suspected that I would never again see the sky let alone the Northern Lights. I eventually reached my destination and, after dinner with Mina and Dick, the wonderful hosts at Abisko Mountain Lodge, stepped outside to find that Abisko had worked a minor miracle.

The clouds had broken up and whilst they remained plentiful, the green swathes of light shimmering gently across the night sky meant that I could tick off “See the Northern Lights from Abisko” from my bucket list.

Other places where I have been very successful include Muonio in Finnish Lapland. The road that runs from Muonio to Kilpisjarvi and onto Tromsø is called The Northern Lights Route and for good reason. What I love about this area is the rolling fell landscape which creates so many wonderful Aurora vantage points. It is here that Aurora Photographer Antti Pietikainen – you’ll see so much of his work on our website, social media and brochure – makes his base and captures some unbelievable images of the Northern Lights. Antti has become something of a legend in Aurora Hunting circles and it is his proximity to all these wonderful viewing spots around Muonio that have led to him gaining such exalted status. Indeed, one of my colleagues will tell you that the best Aurora he ever saw was from the courtyard of a petrol station near Muonio.....this is the great unpredictability of the Northern Lights.

To be honest, there is nowhere we feature that I wouldn’t recommend, for example, the best display I have ever seen was in Luosto, Finland and my most mystical, almost spiritual, experience was half way between the Sámi town of Inari and the reindeer herding village of Menesjarvi again in Finland. 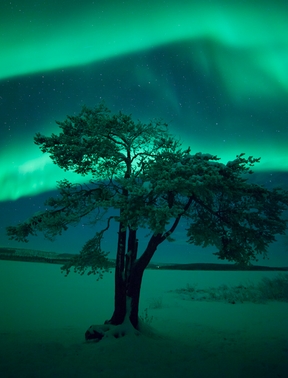 So, my personal recommendations are pretty much as they have been since the day we first started running Northern Lights holidays. Head for the remote destinations which have very little light pollution.