I must apologise if the title of this missive sounds like a football coach drilling his players about finding space and remaining focussed but movement and shape are key when it comes to the Northern Lights. 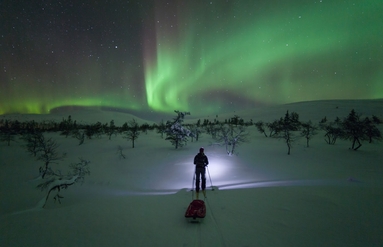 The vast majority of Auroras are green, very often myriad shades of green but multi-coloured displays are rare.

The reason we see so many photographs of colourful Northern Lights is that the camera picks up far more colour than the naked eye – please don’t ask me why – I’m not a photographer!  For me, it is the movement and shapes that make the Aurora so remarkable because it varies every time. From a dull green splodge to columns of glimmering light which seem to plummet downwards in dramatic 3-D fashion coming so close that you feel you can reach out and touch; no two displays are the same. 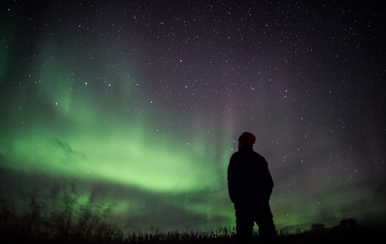 Sometimes the Aurora is simply an arc of ethereal light which seems to fade in and out of existence or from time to time, you may witness something akin to Luke Skywalker’s light sabre.

My particular favourite is curtains of shimmering green lights which seem to gently billow in the wake of a light nocturnal breeze. 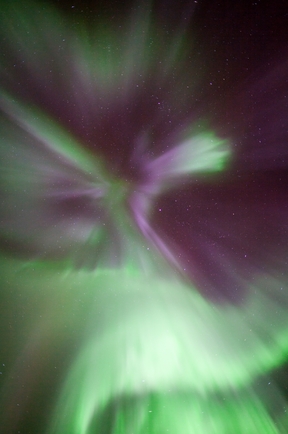 My most recent sighting was in Alaska. We had arrived at a prime viewing spot at about 10.30pm and, with a decent Aurora forecast and a cloudless sky we seemed set for great things. The Aurora appeared, it appeared for fully three hours, a gentle arc of barely visible green light which just sort of hung there not moving, not changing in intensity. To be perfectly honest it was at best frustrating and at worst boring and sometime around 1.30am we packed up, piled back into the minibus and headed somewhat disconsolately back to our accommodation. 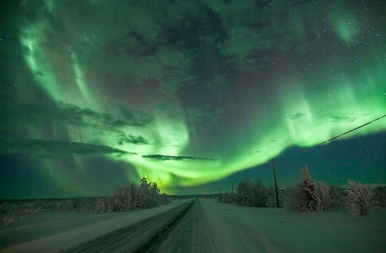 However, the secret with the Aurora is to never give up. That faint blur of greyish green in the far distance could very well develop into a sky-filling drama of swirling and sweeping light. On such occasions you barely know where to look as the different shapes twist and curl across the night sky. 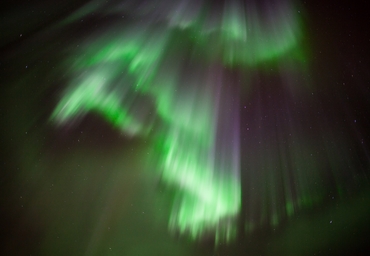 So, we followed a forest road for a short while before turning onto the Dalton Highway (of Ice Road Truckers Fame!) and, ever hopeful, I peered out of the window, just in case.

And there it was, movement, winding, looping, weaving swathes of green (just green) light dancing across the Alaskan sky. 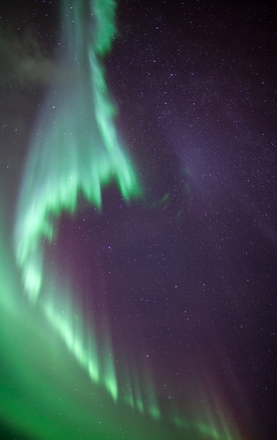 We swiftly found a safe stopping point at the side of the road (well removed from those HUGE ice road trucks) and watched spellbound for twenty minutes as, what I would call a “swirly” Aurora, provided the show for which we had all waited so patiently. Twenty minutes was all we got as Lady Aurora – “The Temperamental Lady” - decided we had been sufficiently rewarded and simply flickered out of existence, poof, gone! 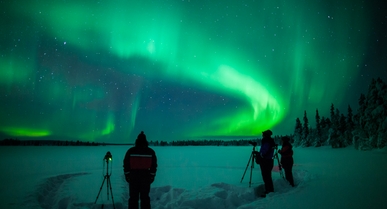 The wondrous dance of the ever changing green shapes! Credit: Antti Pietikainen

And that for me is the nature of the Aurora Borealis.

Don’t expect to be dazzled by multiple colours but do expect to be awed at the wondrous dance of ever changing green shapes.

Equally important is patience because patience is not just a virtue, when it comes to the Northern Lights, it is very often highly rewarded!

« News from NASA – the Solar Maximum is here! Our rep Katrina tells us about her first Northern Lights season »