A Spectacular Start to the New Northern Lights Season 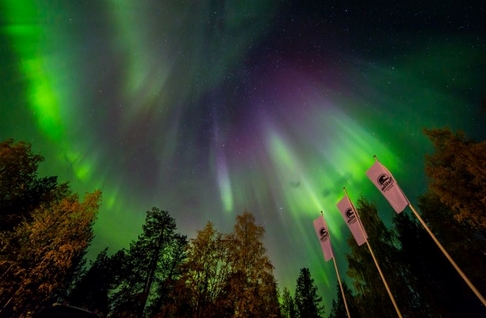 It may seem slightly strange but here at The Aurora Zone, we can’t wait for the end of summer.Yes, summer is lovely with warm, sunny days and long hours of daylight but therein lies our problem....daylight, there is simply too much of it.

Daylight renders the Aurora Borealis invisible, it may well be there blazing above our heads but while it’s daylight we can’t see it. This is further compounded by the fact that the Northern Lights occur most frequently in a band just above the Arctic Circle where it is simply too light to see them from mid-April until late-August.

In mid-June, the sun doesn’t set below the horizon and that’s a remarkable sight in its own right but it is one that can seriously frustrate an Aurora hunter.

This summer has been particularly frustrating because NASA announced that the sun reached the peak of its current solar cycle in June so we have been waiting impatiently for the darker nights to reveal the Aurora’s beauty once again. Our impatience has been further compounded by geophysical research suggesting that the period just after Solar Maximum often brings highly significant and often explosive solar events which can produce breathtaking Auroras.

One of the great things about the early-season Auroras is that you get two for the price of one.

Here are the Northern Lights reflected in open water which doesn’t happen once the colder winter arrives and the lakes freeze. Gareth Hutton who heads up our Autumn Aurora Photography holiday took this fabulous picture.
So, it was with some considerable excitement that our guides and photographers emerged from their summer cocoons at the end of August to once again engage in that most nocturnal of pastimes, Aurora hunting. And boy have we all been rewarded for that long summer wait! 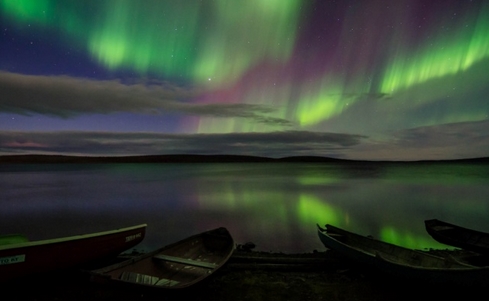 The Northern Lights have been in spectacular form creating night after night of crazy, sky-filling light.

Sweden and Finland appear to have been the main beneficiaries and our seasoned guides on the western border with Sweden and the eastern border with Russia have commented that they have rarely witnessed such a thrilling start to a new season. The only thing that is tempering their joy is repeated cricked necks from gazing skywards for hours on end. 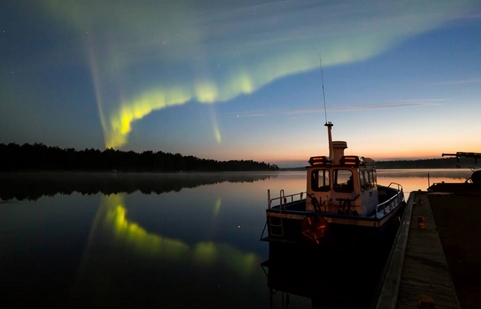 This was the first Northern Lights of the new season. It was captured in late-August over Lake Inari in Finnish Lapland by Markku Inkila. You can see that the skies were still really bright but a strong Aurora fought its way into visibility and announced the opening of the new hunting season. 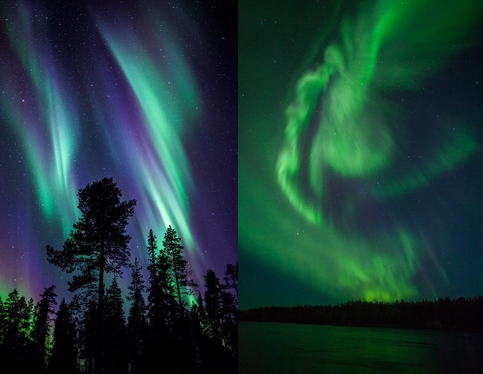 A few weeks into the new season and the Arctic skies are getting really dark revealing some dramatic Auroras. Antti Pietikainen was the lucky chap behind the camera on this occasion as the Northern Lights put on an extravagant show near his Muonio base in Finland.

A week or so ago, an X-class flare (in layman’s terms – a really, really big one) from the sun sent a Coronal Mass Ejection (CME) speeding across the frozen wastes of space on a collision course with the Earth. The excitement was palpable with the expectation that the Aurora Borealis would be visible much further south than is usual. Indeed, one regional newspaper in the UK was so confident that it reported that “the Northern Lights WILL be visible”. That’s a seriously bold statement and it proved to be flawed. 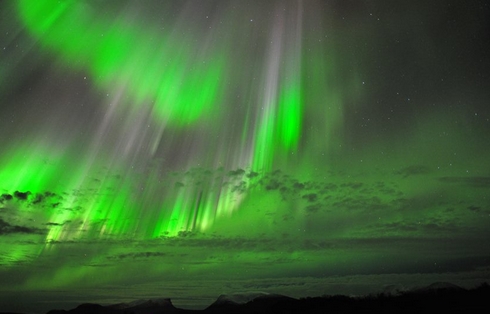 The Aurora wasn’t visible from the UK but had you been in Abisko that night you would have seen the skies above Sweden ablaze with dazzling shades of green as you can see in this image captured by our partners at Lights Over Lapland.

On that particular evening, it seems that Mother Nature was on Finland’s side because when the CME collided with our atmosphere it headed in a northerly direction and treated our Finnish friends to some simply dazzling skies. Meanwhile, thousands of people in the UK had sought out dark spots along the coastline and in the hills but sadly, their vigils were in vain as the much vaunted Aurora failed to materialise at more southerly latitudes. 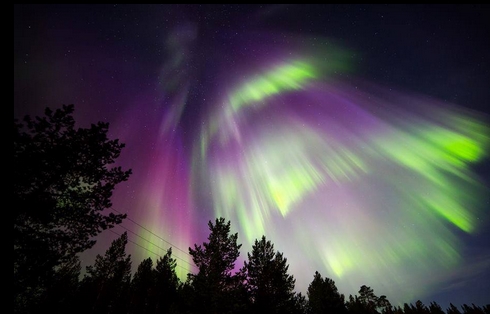 Markku Inkila was near Muotka in Finnish Lapland on the same night when he captured this multi-coloured beauty.

This is just one of the reasons why we always head into Northern Scandinavia for our Northern lights hunting because that is where they appear most often and most magnificently. We hope the images in this blog will convince you that the north is the place to be this Aurora season because if what we have witnessed in recent weeks is anything to go by it is going to be unforgettable.

Here are a few more early-season images to further whet your appetites. 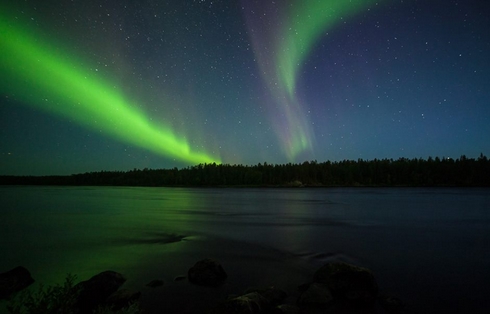 Antti Pietikainen found this rare ‘double’ Aurora dancing in a clear sky over the River Muonio in Finland. Notice how one Aurora is green while the other shows signs of purple too. This is a pretty unusual combination in our experience. 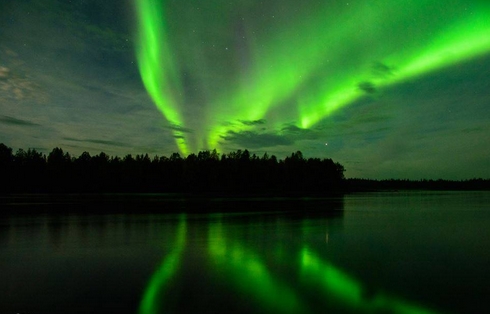 And finally (for now!), Margareta Grape was treated to these stunning fingers of Auroral light as they reached out tendril-like across the river near her home in Tarendo, Sweden.